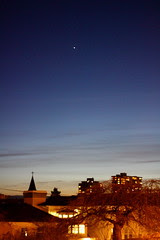 I don't remember what I was going to post about.I had the idea, and then I went and found this photo to accompany the thought and by the time I'd uploaded it, the thought had gone.I don't have the faintest idea what I was going to talk about.Oh nuts, now I remember. But I don't want to erase all that up there that I typed because seriously, I'd completely forgotten for a while there and hey, that's the reality of my brain! So anyway...let's just put this in italics and we can pretend it's some other post from some other day ok?


(Ok, even odder. I just wrote out the whole post and set it to publish and then realized it didn't feel right to put it out there so I tried editing it and adjusting it and now I've gone and just deleted the whole thing. I don't want it out there. So really, now this whole post doesn't exist. So now I have to distract you with something so you don't notice that this is two non-posts in one.)


Hey, have you guys seen Downton Abbey? Does it make you wish you were English aristocracy in the 1900s or is that just me?