S is for Something I Haven't Had in a While 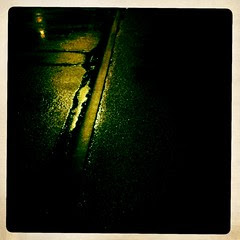 I discovered, while rooting around in my chest of drawers this weekend that the condoms I bought were set to expire this month.

Which means I bought them a long time ago and haven't used them.

I didn't know if this was funny or sad or a bit of both so I've decided they were cursed.

Like, having them was what was keeping me from being intimate or whatever because like the Universe was all "hmmm, she's overly confident that she's going to be needing these so I'm going to prove her wrong!"

I fully believe that both the man and the woman should be responsible for birth control and protecting themselves against STDs so I've always had a condom or two in my purse and drawer. Now I figure I've changed enough that I'm probably not going to need a condom in a rush. The way I feel about how I want to go into my next relationship, I think I'd have enough time between meeting the guy and getting to know him to head to a shop to buy some, so I'm not going to replenish my supply just in case I was weirdly karmically cursing myself out of a relationship.

If only I could find that as funny as it probably is.
Posted by Victoria at Monday, January 30, 2012

I think you and I are living parallel lives in different hemispheres! I had the same thing a few weeks ago and thought "Do I laugh or cry?".... In the end I just laughed... What else can you do? :-)

I'm extremely sorry that I find your pain so humorous! But that really is funny.

May as well get a good chuckle out of it right Kate!? :)

Fear not, you are certainly not the only person this has happened to!

Laugh about it because crying def. doesn't make things better!

Statistically speaking, abstinence is far more reliable than condoms when it comes to avoiding getting pregnant - the only time in recorded history it didn't work was 2000 years ago, and those were under exceptional enough circumstances that a very successful book was written about it :)