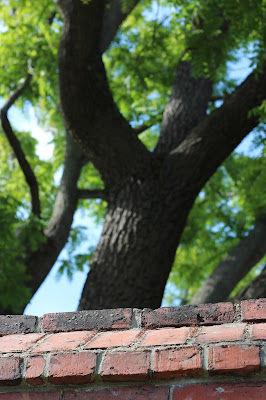 Didn't want to go, but did and am glad I did.  Didn't hurt so much the next day or so either, but I also consciously took it easier and made sure I was adjusting.

Jason and I had a great afternoon this weekend.  I was really really upset about some life things and he called and listened while I cried and cried and you know those cries where everything just comes out and then you feel better?  Yeah, that.  And then we went down to the ocean and took some photos and saw deer and otters and a loon and damn, we live in a beautiful place.

I felt 100% better after seeing him and talking to him and he said that he felt more relaxed than he has in a while, so I'm super glad we had that time together.

My gum bruising has healed SO MUCH better than the last time.  Maybe just different spots... but I also used Arnica on the outside area and advil for the first few nights.

Oh, and I think as well as taking it a bit easy, and stretching, I feel like the epsom salt baths I soaked in the two nights after boot camp really really reduced the aches and sore spots.

I kind of think they're miraculously awesome.

Oh, and I cleaned.

Vacuumed and dusted and even the top of the fridge type cleaning.

Took nearly two hours (how do people with houses do it?!) but other than my cooler, sleeping bag, and foamie that I have to take to C-Dawg's but keep avoiding doing because that means that Summer and Burning Man are actually, really over and I'm not ready for that yet, my place looks tidy and clean and that makes my brain go ahhhhhh.

It finally started to feel like Fall though.  Some rain.  Cooler temperatures.

I wore my boots for the first time in ages.  (And one of the...uh...very well off ladies at boot camp said it's the first time she's had the roof down on her convertible in months.)  (Ahem.)  (They're not my crowd.  They're friends of C-Dawg's neighbour.)  (Ahem.)

I watched the Scotland referendum vote last week too and got really anxious and had to stop watching it.  But watching Scottish newscasts made me realize just how Scottish I am and how Scottish we look.  (If I haven't mentioned it before, my parents were both born in Scotland, so I'm a first generation Canadian... Och aye.)

So, yeah.  Things are fine and ok (minus some big cries and emotional stuff and still not wanting to talk or think about things with Jason...) and I've already got the light clock going and I'm noticing how much earlier it's getting dark.

There are probably some other random odds and ends I could tell you (like I changed the blade on my razor.  you're welcome) but other than saying that I'm happy to be done the last two books I've read because they both dragged, I don't know what else I would want to say.

Big houses suck to clean...ours is large, like 3,000 sq ft with 2 acres...lots of time spent cleaning and yard maintenance. Especially now that it's 2 of us since the kids are all off at university (which is a whole other level of cost).

I played hockey yesterday for the first time this year...and I was right about not being on the bike enought...hard on the lungs.

Glad you're feeling better...your change in mindset came through loudly and clearly in your post. Good for you.

Which is a rambling intro to discussing books that drag. I have a bad habit of sticking with books that aren't very good, simply because I started them. I think I can pull this off because I usually have anywhere for 4-6 books on the go at any one time (one in the car, one at work, a couple at home, and one ebook to occasionally read at the gym). If a book starts to drag, I have something else to read. Usually, this is 'something else' is some kind of thriller page-turner from the "airport paperback" genre (Jack Reacher novels, at the moment).

Aaaaaaaanyway, just a long way to get around to saying: Epsom salts are amazing, glad you made it to boot camp (Keep that up!), happy to know you're Scottish, and seriously pleased things are fine and ok (with the emotional stuff excluded).

Hope the rest of your week is fun!

You're Scottish too? Perhaps that explains our similarities! (Though my Scottish roots go back two generations, and I have Irish mixed in.)

Man, Elliott, I can't imagine! So much upkeep! Hopefully you're not too wheezy next hockey.

I'm awful with draggy books, Jason. I feel like I HAVE to finish them. It hurts! And I generally only do one book at a time ;)

I end up having to finish draggy books too (another reason I have so many on the go). It's a completionist thing.

Hey, apparently there's a Burners & Beer get together at the Solstice Cafe on Friday night, thought I'm sure you already know about it.

Good to know about Friday, I don't generally go to local type things but maybe one of these days :)