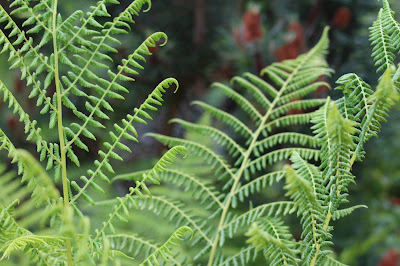 I have a few other vague notes from the week... I guess I attempted to keep track of things but not... particularly it seems.  Here are some of them.

"Lost post ice.  Lost!"
Ok, well I forgot about that.  I guess I got lost again coming home from getting ice.  Which, by the way, my coolers did well, and I manged to go til Thursday without an ice run.  Awesome!  I remember my ice run... short line, good people, got given a car decal, yay!  And then I got lost on the way home.  Which really just means I biked the wrong way.  Which, again, is frustrating, and I think down to living on the other side of town.. but still.  With ice, you want to be quick getting home (minimize your melt) so it was probably frustrating getting lost(!) with ice... I seem to remember turning the wrong way leaving the ice place and then realizing it a block later, which meant I had to back track extra.  Sigh.

"OMG shower!"
Yes.  I had my first ever shower on playa.  It was epic.  I'd been told it would be, but sometimes you don't *know* things until you experience them yourself, right?!  So yeah... our camp had a shower set up, which included a barrel you put your water into, and a camp shower thing and the tent sort of thing with a vestibule for de-towelling yourself.  Oh, plus a setup to collect and evaporate the grey water.  The idea behind camp showers, especially on the desert, where you have to either carry out or evaporate your "used" water, is to make it as water efficient as possible.  So all week, I talked to people about their hints and tips and when I finally went to have my shower it was both short and efficient, yay.  And... so good to feel clean.  Like not just "I wiped myself down with baby wipes so there is less dust on me" but "I just stood with water pouring all over me and I am actually clean!" clean.  So good.  So yes, "OMG shower!"  It felt really really nice.

You're dust covered again within minutes of stepping out, but still... it feels great anyway... well worth it.

Not that I need a shower to survive Burning Man, not at all.  But as a luxury?  It was delicious.   Really.

"Wish I'd known you can sign in late to RV parks"
Yeah.  I do.  This was a random thought I wanted to write down apparently.  But really, it would have saved me a great deal of stress if I'd known you didn't have to arrive at RV type camp sites "on time."  So KOAs or other RV parks (like the one I got lost and nearly killed trying to find in Oregon) you can arrive, find the office and they'll have late sign in stuff.  I wish someone had told me that before I'd left.  A lot of my travel stress in the later portion of the days was feeling like I had to get somewhere by a certain time or else I was completely out of luck.  Not so, it turns out.  Not so at all.