So I was a couple of hours out of playa, low on gas, with a vehicle that had just made a really really bad noise and no real choice but to keep pushing forward... telling myself it was all going to be ok. 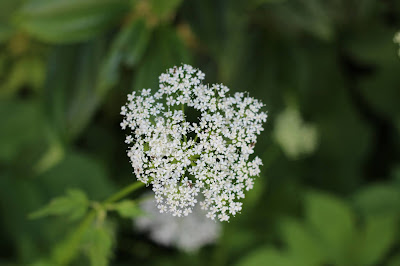 But I knew it wasn't.

Something didn't feel right.  Which is stupid to say, because I don't KNOW vehicles... and I don't know THIS vehicle, but something didn't feel right... somewhere, but I didn't know what to do.  I had no way to contact anyone... not Jason, not even a tow company.  And what would I have said to a tow company... hi, my vehicle made a bad noise and maybe I'm just being stupid but I'm scared to drive it, can you come tow me?  I mean, you can't make a call like that (can you?) and I didn't know if I was over-reacting or what.  I mean, I worry... I have a tendency towards worry, right?  So maybe all this anxiety and fear I was having about something being wrong with the van was just my mind being mean to me.  I don't know vehicles... I have no way of knowing if something is actually bad.  And I need gas.

I was terrified you guys.  But I just kept pushing forward.

Every once in a while something would go clunk.  Or it would sound like something had fallen off and onto the road.  Fuck.. this wasn't good. It wasn't.  But I was in the middle of nowhere, what else was I supposed to do?

I kept driving.  Let out a huge sigh of relief when I got to the gas station.

First thing I did was get out and look under the van again.

I peed.  Filled up with gas.  Topped up fluids again.  Looked at tires and underneath again.  Cleaned my windows.  Looked at the tires... nothing.

I was scared.  But I had made it to the gas station so yay for that.  Relief.  Chatted with another guy in a dusty vehicle from BC about how nice it is to get to a gas station again, right?  And I calmed down somewhat.

It was about half an hour from there to the place where I'd had the breakdown issue on the way down.  I decided that even if they rolled their eyes at me (not that they would literally, but the thought is there.... that I would be seen as a silly woman worrying over what are totally normal car noises) I would go directly there and not leave until they had inspected the vehicle and told me it was safe.  I didn't care (too much) if that would make me look stupid or if it cost me money un-necessarily, I just wanted to know that the vehicle was ok and safe and ok to keep driving home.

So, again, I calmed myself as much as I could... shoved the fear to the back of my brain, told myself it would be ok, and headed back on the road.  Fighting the feeling of "it's really not ok" with everything I had.

Yup. Yup. Yupyupyup. You're pacing this like a horror movie.

I'm entirely tensed up now hoping to find out what cause the WHOMP.

WHOMP! would be the title of this horror movie.