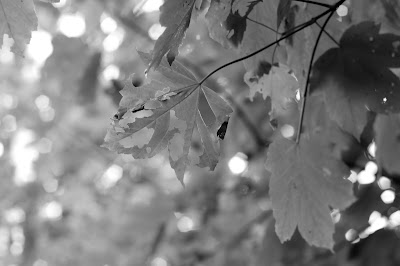 Yeah, so, my car was broken into.

They've since hit at least one other neighbour's car (I assume "they"being the same person(s) rather than a different person..) and now we're starting to wonder if they've been hitting cars all week as there was apparently an incident a few nights ago as well.  Sigh.

So, I went out to my car, about to head over to Jason's for dinner and I opened it to put my bag inside (on my passenger seat) and... there was stuff on my seat.  I was surprised that I had left stuff out because I'm usually tidier than that.  And then I looked into the back seat and my hoodie was gone.  And that was weird.  And I thought to myself "did Jason borrow my car?"  Because he has, in the past, but usually I have to hand him my keys so... Why did he leave my car messy?  And take my hoodie?  I don't understand why he'd...

And then I looked again.... I (foolishly, perhaps) had a "travel bag" in the back area (behind the seat) that I had like beef jerky and crackers and things like that in case Jason and I went on a long drive and got hungry (it happens), and that bag was gone.  Gone.  Like, not there.  Stolen.  Shit.  Stolen.  Theft.  Someone... stole things.  From me.

I walked around to the driver's side.  Thankfully the window was fine.  The door seemed just a little bit un-closed.  I looked for scratches or scrapes.  I didn't see any.  What had happened here?  What do I do?

It was still daylight, which was reassuring and, well I called Jason.  "So... seems someone broke into my car"  I said.  I don't remember what he said, sorry?  Did you call the police?  Something helpful.

But I wasn't all that... smart thinking.  I grabbed my bag back out of the car, I closed the doors, I locked it.  I went inside.  I took off my jacket, put my bag down and... I don't know.

I guess I was in shock.  Which is a weird place, and does not lead to smartness.  So I sat down and I think I called the police.  Non emergency number.  And I said... my car was broken into.  They asked me a few questions, asked what I thought was taken (I said for sure GPS but wasn't sure what else).  They asked if they'd taken my plates or my insurance papers, I said I hadn't thought to look (I made a written note to look... it helps my brain to write stuff down otherwise I might forget or I stress that I might forget).  They gave me a file number and I was like "ok, what... what do I do now?"  Like I had no idea what was next.  I thought she'd tell me to call my insurance or something but she just told me to call back if I could find any serial numbers (for the GPS) or if I found out our building has surveillance (it doesn't).

So I went back out to the car.  I put things back (like the tray inside the console.)  I checked for my insurance papers.  I tried to think of what all was gone.  Like, that little notebook I had for tracking my cold starts.  My winter driving gloves?  My gum?  Seriously?  What are you going to do with my gum and my mints?  I mean I understand stealing GPS, that's "sellable" right?  And I understand stealing food, you're probably... homeless or something?  I understand stealing gloves and hoodie, because again, I'm thinking you're not in the best life situation.  But, what are you going to do with my notebook?  And my "comfort pillow" for long drives (uh, it's for your butt, shush).  And I tried to tell myself they weren't thinking that much... they just... grabbed whatever, but... I think I was trying to find some logic, make some sense of it all.

I went back inside and called my (closed, but still with a 24/7 person to call) insurance and they said it was on car insurance and to call back in the morning.  Then I tried to write down a list of what I'd noticed was missing.

The GPS was the thing of most... note.  Other than that, I'm sad about the hoodie because although it wasn't very warm, it was what I bought for my solo drive to Burning Man so it had sentimental value of me wearing it on that trip.  And I'm sad about the (butt!) pillow because I just bought it a few months ago and, well, screw you mean people!

Jason said I should still come over for dinner but I didn't want to leave my place and I didn't feel like being in my car.  I think I "beeped" it locked four "extra" times that evening just because my brain was like IS IT LOCKED?  Which may not actually even matter, it turns out.

I have no idea how they got in, but Jason suggests they could have used a "slim jim" and that it would possibly have unlocked my car and not set off the alarm.  So now I'm like, well why bother locking it ever then if they can just... break in like that?  My car auto locks anyway after two minutes so... shrug.  Sigh.

And I've gone through a whole bunch of emotions and feelings.  I couldn't really fall asleep that night, which I suppose is unsurprising but still sucked.  I just didn't feel... settled.  I put up a note for my neighbours to see, to tell them to take stuff out of their car.

I've been angry, and sad, and scared and upset and hurt and forgiving and confused.  I wish I knew for sure how they got in so I could "fix" it, but I do understand that if someone wants to do wrong they will find a way... so..

But then like yesterday I went and bought a few replacement things, like a car charger and cord for my phone and mints and gum and then I thought well damn, I don't feel like putting these into my car right now.  Because what if they just show up and break in and steal them all over again?

And when can I ever feel like "ok, my car is safe again?"

It sucks.  And yes, I'm grateful, very grateful that no damage was done, and it's only stuff and nothing I'm devastated about or can't live without but it still sucks and it really doesn't feel nice.  I don't know how people do it if someone breaks into their house.  It's a horrible, unsettling feeling.

Sending you all the hugs, and a few more extra, for the last few posts.