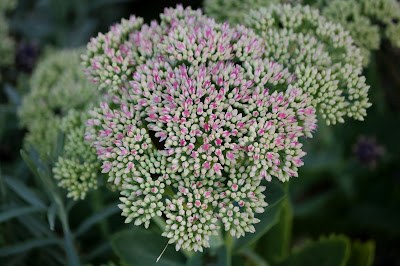 I'm loathe to admit it but next week is the last week of November, a month that I'm pretty sure has just started.... last week?

I saw someone the other day say that "at least the days start getting longer this week" and I didn't want to break their heart, but no, we're not at that point yet, although it is only a month away and this month flew by so, hey, who knows?

I also know I got thrown off by the long weekend, since the Monday was a holiday and the rest of that week was all wonky, and then this week I had a very stressful thing and now I'm all, what day is it? sort of feeling too.

In other news, our building management doesn't seem concerned by the break-ins and seems to feel it was a "one off".... which... I certainly hope so?

I realized a few other things that were in my "travel bag" that are now gone and I'm extra bummed about those too as I'd only just popped them in there "in case of emergency" (a folding knife and a fire starter kit).  I still think there should be a place where "bad guys" leave the things they don't want or don't want to sell so that people like me can get their grocery bags back and so on?  Please?

Like, I'm kind of ok with my GPS getting stolen because that makes sense to me... it's an electronic, but so many of the other things were really just grabbed and so I think they should come back.  Blah.

Anyway.  Just... filling blank internet space with words typed out by fingers who seem to know what they're doing unless I think too much about it and get weirded out like, hey, now!
Posted by Victoria at Thursday, November 21, 2019