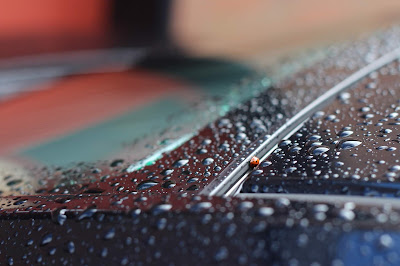 I feel like America is like a relative I love very much but they are toxic and have been for a while but I keep trying to work around that and forgive and focus on the positive.  Like the uncles you hear about... "you know you don't have to keep inviting your Uncle to family dinners when all he does is get wasted and spout rude, racist horrible anti gay things and makes everyone upset?"  Ok, but he's a good guy and he knows he should drink less and he has a good heart and when I was a kid he took me to the park and and and....

Many Canadians have a close relationship with America.  Many of us grew up crossing the border regularly (I lived incredibly close to the border growing up, I have a friend right now who lives on Mile Zero which is essentially the street where you live in Canada and look out onto the States) and have travelled either to or through the states over the years.

Over the last few years I've talked so lovingly about the people I've met in and around Burning Man.  The small town Americans who helped me when my van caught on fire.  The Americans I met at and through Burning Man.  I watch shows filmed there by actors who live there.  I consume goods from there.  I marvel at the beauty of the country and the interesting history of the different states.  And I cringe, like with that awful uncle, at the horrors over the decades and centuries.  But I've maintained that "but he's a good guy" sense.

When, during his campaign, he mocked a disabled reporter I knew that was the end of his campaign.  Because no way a political party would allow someone who thought that was acceptable public behaviour to continue to represent them.  But they did.  And I started to... I don't know... panic?

It's like that bad uncle hit his wife and I struggled to continue to find positive things to say about him.... in part because that's what I do... I try to focus on the best of people.  And... America, it seems.

But it feels like now I need to let America go.  To stop holding it in my mind as "good hearted", "means well", "just drinks too much"..... whatever the metaphor or analogy is.

Part of me has known this for a very long time.  At least since I was old enough to know more than the surface gloss...

I don't know how to let go of toxic people.  I'm not very good at it because thankfully I don't have a lot of experience with it. But also because I hold on hard to that hope.  To the light.  To the shred of positive and caring, and America has a lot of good about it, and a lot of decent folks in it.

But I think, at least for now, perhaps for a long time or ever, I need to let the America I grew up with and formed a picture of in my head go.

And that's going to hurt.  Breakups hurt.  Losing the person you thought you knew hurts.

And I thought I knew America but I have to let go the version of it I made in my head.

I'm clinging hard, I know I am, to the good.

But I think I have to let that go and mourn the loss of what I thought America was.

No matter which side I look at it from, which angle... it is ugly and it is broken and I need some space.  I need to let go of what I thought America was.