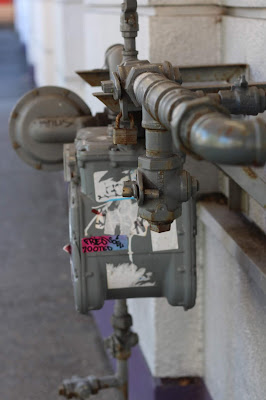 So, I'd felt very mild cold like for a few days, then I self-checked on the app, then I called 8-1-1, and they then asked me to get tested and so I called the local health authority.

I talked to a very nice nurse (everyone was very nice), and she asked if I was self referring and I explained that no, I was pretty sure I just had a cold but that the app suggested I get tested and that the 8-1-1 nurse had said the same, so here I was.

She asked me a bunch of questions, most of which I've honestly forgotten, but identifying info of course, and probably stuff about how I felt.  She asked me if I'd stayed home since the onset of my symptoms and I said yes, which I feel guilty about as I'd actually gone out for a walk on the first day of sniffles as sniffles often mean just allergies and, well, yeah.... (guilt!)  Then she said they could probably get me in for testing the next day and gave me the address.  I told her I was very very anxious about the test and she walked me through how it would go in detail - which I very much appreciated.  She also told me that she'd "had the pleasure" of the test the week before and that it wasn't as bad as, say the strep test as, in her words "there's no gag reflex" up there.  Hearing her talk me through how it would all happen really helped (it reduced my anxiety by a large amount) and then she brought a scheduler onto the call and she said goodbye.

The scheduler again checked my info and then booked me in for 3:15 the next day.  Both of them told me about how long I should expect for my results (12-24 hours for most) and that if I was positive, I'd be contacted by public health.

The nurse, by the way, assured me that it was unlikely I would be positive as we haven't had a confirmed case on the Island in a week or so.

I appreciated hearing that, and once I'd calmed down a bit, it also allowed me to make a joke about how if I ended up being positive, I'd have "broken the streak" and ruined it for everyone!

Of course, if I had tested positive, it wouldn't have come from me, and seeing as Jason's is the only other place I really go, it would most likely have come through him or his household.  (I don't think he was impressed to hear this and told me it was probably from my laundry room to which I rebutted that I haven't done laundry in over two weeks!)  Anyway.....

Everyone I spoke to was really friendly and the level of detail they gave me about things were incredibly helpful.  (Like they told me the street address but also the cross street and said that "most people find it easier to use side street to get in".... well it turns out you have to use side street to enter, but if they hadn't told me that I would have been extra anxious trying to find the place!!!)
Posted by Victoria at Wednesday, June 10, 2020

Ah, of course you considered the allergy thing - my super power of stating the obvious continues to be operating at full-strength.