The Week At A Start 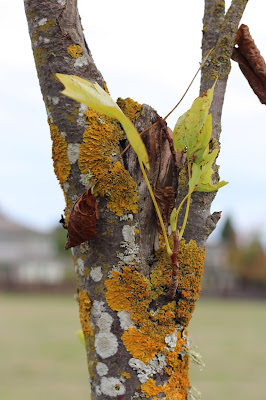 Life continues to be life-y, but I suppose the fact that it's Sunday as I type this rather than some time on a Monday morning (when this will be posted) means my week was a little less stressful and my weekend a little calmer.

I actually went for an acupuncture treatment last week, my first in many months.  I was nervous (as I am with anything out of the house) but I put my trust (as much as I could) in the protocols of my practitioner and I went.  I honestly think it has made a difference for me, possibly a significant one.

I found myself able to do things in the tail end of this week that have caused me massive anxiety these last few months and while it could be this reason or that, I think it's likely the acupuncture.

When I was first diagnosed with anxiety, acupuncture was something I had already been doing for sleep, and so I mentioned it to them and ever since I've found it calming.  There were times when I wished I could afford to go weekly, and times I did go every two weeks.  I then stretched it to every three, and then four and for a while I've been going regularly every five or six weeks.  But with the pandemic and things shutting, I've not been for several months.  One of the two practitioners I alternate between seeing (they have slightly different approaches) re opened a month or so ago but I didn't feel comfortable going in then.  I'm glad I made this appointment though, and while I've said that I feel like I'm doing "well" compared to how I thought I would be doing without my normal treatments (in person counselling, regular acupuncture, some social contacts, etc.) the difference I felt post treatment last week showed me that maybe I wasn't doing as well as I thought I was.

Regardless, I feel better and calmer and I feel like I had the first good sleep I've had in months that night, and in the nights since.

I know we might lock down again.  I know if case numbers rise again I may not feel comfortable going to appointments again, but for now, I'm taking the win, and looking forward to my next appointment.... while honestly wondering if I should try for another sooner!

But yeah, for a few days now I've had a lot more mellow and that's been really nice.
Posted by Victoria at Monday, July 13, 2020

Mellow is better. Glad you were able to get out and do those things.

But the important information is missing - no banana peels?

Haven't strolled the 'hood enough lately to notice! The street to-from the library (only place I've walked of late) is not the same one as the usual banana street!!!! So, short answer... no?