Atlas And The Weight Of The World 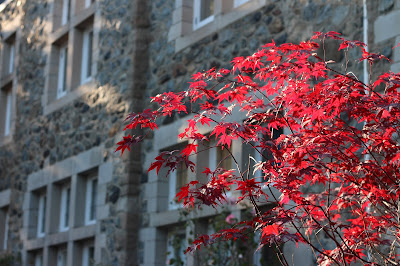 So for the last three or so years, I've been dealing with shoulder issues.

As I said in that original post nothing happened.  It's not as if I pulled something or fell or know of any initial "oh shi*t" moment with my right shoulder it just seemingly out of nowhere started hurting.... and lost range of motion.  It would hurt if I tried to sleep on it... it would wake me up of I rolled onto it during the night.  It would cause nearly a fainting amount of pain (really) if I forgot and "pulled" it the "wrong" way putting on a jacket or using it too quickly or... I never really could figure it out just that it really affected my day to day and absolutely my nights.

I went to physios after a while (always with the, er, yeah, I maybe should have come in sooner, my bad) and they both/all said the same thing... This acts like a frozen shoulder, but isn't a frozen shoulder and there's nothing really we can do about it and there's no real fix you just have to keep working at maintaining the range of motion and it will resolve... eventually.

I could tell it was a very similar issue... the sharp sharp burning pain if I "pulled" on it "too suddenly".  The debilitating almost black out feelings when it got moved "wrong".  I could now sleep on my right side again but not on my left, what the actual heck had I done/not done and what was going on/how could I heal it?

As I was trying to up my cardio and fitness at the start of the year, I wasn't able to swim "for real" so I was using a kickboard to keep my flotation but not stress my shoulder(s).  My left shoulder started to improve a bit and I remembered a physio I used to go to years ago but who had moved.  He was always a bit of a genius with stuff and so I looked up his new location and made an appointment.  It was at the start of March or end of February... so Covid protocols were in place (hand sanitizer, questions about travel) but we were all still pretty unsure about things.

This physio's first question to me was if I was diabetic.  I said no but that I'd recently been diagnosed as "pre-diabetic" (and have had thyroid issues all my life)?  His second question was if my other shoulder had also been through this pain?  Uh.. yes?  He said yeah, there was a thing he called "diabetic adhesive capsulitis" that was commonly known to be prevalent in diabetic folks and that it was also known to go from shoulder to shoulder.

Well go figure.  So that was the good news... a known.. issue.  (It's sometimes easier to know what you're dealing with than to be constantly wondering and confused.)

The less than good news was that he also said there's no real/actual treatment.  He said I could do a cortizone injection if I wanted (I said that's a big no) and he said really he could just do gentle stretches to maintain (not lose) movement.  So we did that, and it didn't fix anything but also didn't make anything worse.

And then shutdown happened and I haven't gone back to a physio since reopening.

My left shoulder is getting better, which is great.  My range of motion is still improving.  The sharp pain still happens from time to time but hasn't made me cry in a while.  I know both of my shoulders/arms and the muscles around them are weak due to the lack of use over the last few years, but I'm trying to find a balance of not hurting them while gently building them up.

Honestly, in a lot of ways I feel I've been really fortunate with how my shoulders and body dealt with this.  I know it could have been a lot worse and a lot more restrictive and a lot more painful so I'm thankful.

But yeah, my shoulders have been not ok for a few years now but knock on wood hopefully they're happy again now!