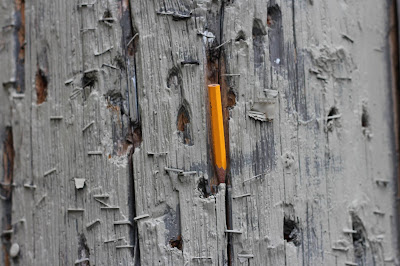 I've been thinking about school lately.  (Probably because America's attempting a very bumpy return to school right now and Canada, or at least BC is trying to figure out their own in the next few weeks.)

I keep thinking how I wish I'd taken different classes (I'm talking high school) but I realized the other day that that's because I have the hindsight of knowing where I ended up and where my interests and dislikes are now.

I had no idea at.... however old you are in whatever grade it starts to "matter".... grade 10?  so... fricking 15 years old (OMG THAT'S SO YOUNG!!!) but I had NO idea at 15 what I wanted from life or where I wanted to go or what jobs I might want or like or enjoy or ANY of those things.  So I covered all my bases.  Schooling wise.

From what I remember (seeing as it was like 500 years ago approximately), Universities still had entrance things you had to have.  I assume they do today as well, but I think some may have loosened a bit.  And because I wasn't sure and didn't want to limit myself I took all the 11/12 Science/Math/Language/Basics you HAD to take if you were attempting to get into Canadian Universities.  (US wasn't even on my radar, ain't no one got the money for that!)

There wasn't much space in my schedule for electives, but I kind of wanted to take them all and had to really pick and choose.  I ended up (again, this is slightly patchy memory so don't hold me to this) with art and drama til the end, but wished I'd been able to do photography and shop/mechanics and I don't think I did any extra curriculars in grade 12 but I did yearbook for a couple of years there, but yeah, oh how I wish I'd taken all the electives and none of the math/sciences.  Not that I didn't do well in them, just that all that information is no longer in my head.  If you handed me a formula and asked me to solve for y I would not be able to.  Not well anyway.  And mitosis?  I think I might vaguely remember what that was all about but, you know, if you don't use it you lose it.  But hey, I didn't know where I was going and I really didn't want to be limited.  So I hit all the markers to be able to get into University.

I applied for a bunch, got into them (all?) and ended up over here at UVic, ostensibly for housing reasons.  Had I decided on SFU, I was going to go into their Journalism program, and UBC was going to be Science/Engineering, but over at UVic I wasn't clear (and they didn't, at the time, have a strong program reputation) so I went into general "arts" (B.A.) courses.  (I scared myself away from the Sciences at some point in Grade 12, not sure why, maybe just too much effort/work?)

My first year at UVic I took kind of everything... really really general stuff.  And, no, I don't really know what I wish I had taken instead because unlike high school, university costs, and I worked to pay for my tuition, so I didn't feel like "wasting" money taking all the things.... plus there was a sort of expectation of direction and figuring out a career/job at the end of it all.

Again, as I look back at the age I am now and wonder how we expect 18 year olds to know what they want in life.... I wonder.  But man, the idea of going back to school is daunting.  The money, incredibly so, but also the time, and brain power, and did I mention the money?

But yeah, I'm realizing I can't be mad at my high school self for not taking all the electives, because 15, 16 year old me had no idea what I might grow up wishing I'd done.  I did the best I could at the time with the way the world was at the time and I have to imagine my folks weighed in too.

One of the things that popped into my mind as I was thinking about all this was something a teacher said, casually to my Mom.

My grad class didn't have the grad ceremony until October of the following school year and I was already on the Island and didn't feel like seeing anyone so I didn't go.  My parents still lived on the mainland at the time so Mom went to the school to pick up my certificate.  She said that my drama teacher was in the office handing them out and when he saw it was me he asked my Mom what I was doing and she said, you know, whatever "general studies at UVic" and apparently he said he'd hoped I'd go on to study drama as I was good.

I think I was surprised by this at the time and now that I think about it I wonder.  Was he just making conversation?  Or was I a kid he thought might have talent?  Did he mean that?  What might life have been like if I'd done that?  Would my insecurities have gone away?  Gotten worse?  Might I have moved to the States, done the whole L.A. attempt thing?  Been a local Vancouver starving actor artist?  I have no idea.  But it makes you wonder.  Or it makes me wonder at least.

Anyway, there's a babble for you... It's the weekend here (as I write this) and it's warm, so I should go deal with cooling off/down and drinking some more H20!  Hope you're staying happy and cool wherever you are and that you got to take whatever you wanted in your high school years!
Posted by Victoria at Monday, August 17, 2020

If it helps, it's likely that taking all those science courses helped develop a way of thinking and an approach to problem solving separate from the actual content of those courses. I also can't recall much from my chemistry courses, but the ideas of observation, evidence, theory, etc. sticks with me still today.