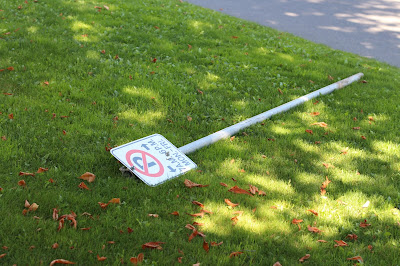 Last month was a doozie.  Like I'm kind of downplaying it now but that was one of the most difficult months I can remember for myself in... well a very very long time, maybe years?  Or ever?  I know what set off the massive anxiety - or at least I could guess if I had to and it's something I have no control over but that impacts me directly and massively and as my counsellor type people have pointed out the call that came was on top of the months of Covid anxiety and on top of my own medical anxiety and well it was just a shit show.  I can't remember ever being that low and that not ok and it's possible I have over the years and just not blogged about it (I mean I barely blogged about it this time and am certainly not giving details as we speak!) but yeah, lord oh mighty that was awful.

I speak about it as if it's over because I've felt maybe a 5% "improvement" this last week.  Which is enough to notice, I suppose and I've also made some appointments to talk to people and try some new to me things (talking to my doctor about what's going on and making a reiki appointment - the irony being that I am trained in and give reiki but have never really received treatment myself... go figure) and while nothing has really resolved or changed and I'm still waiting for calls back I guess I got to a point of "I can't do this anymore" and the who knows what number of panic attacks in the month and I tried a couple of things THROUGH the fear and anxiety and panic, and, well, there's at least been a shift, if "small".  You know?

One of the things I did that I think helped a lot more than I would have thought was I got an invitation to go hang out with two of my oldest,  dearest friends and I did.  I had a panic attack about it after I said yes, mind you, but I went, and after an evening of catching up (and yes we stayed distant and as safe as possible and we talked about our comfort levels and if we wanted to wear masks, etc.) I felt a lot more normal.  I guess spending time talking about things with people I've known more than half my life (what?) was a normalizing and calming thing.  So that helped.  Plus the idea of talking to my doctor about it and asking about some specific things she can help me with, medically speaking, makes me feel like there's maybe some hope.  Hopefully.

October has already been interesting...  *waves hands at things* stuff continues to go on in the States, and I mail in voted for our Provincial election and I tried some new to me natural supplements that were recommended to me and I stayed up later than usual and realized how groggy that makes my mornings and I guess I'm just noticing that a lot has gone on in the first... not even week of October.  And I hope and pray and wish and want for this month to be calmer and easier on me than last.  Last month was awful.  I hope this one is better.