Well, Here We Are 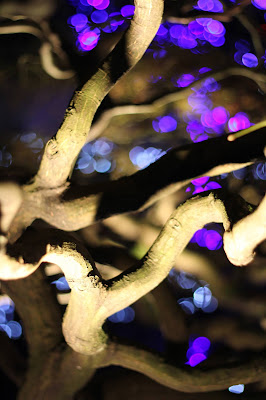 I mean, lots of years are a lot and I'm not saying this year has been "the worst" for everyone but this year has had that extra layer of the global pandemic for us all.

And usually with the end of a year and the start of another there can be a sort of a break... a sense of renewal, change, difference.

I wonder what this January will bring.

Christmas is also coming, er, like now... so that's a thing that is both happening and not quite happening.

I'm still not entirely sure what, if anything, I'm doing.  According to the rules in BC at the moment, I'm allowed to see "one or two" people due to the fact that I live alone, and so Jason is my bubble person and I will likely see him on Christmas day.  He's decided we will do a "big dinner" on the 26th, and when he said this I might have cried a little... and I'm honestly not even sure why?  I told him it upset me and he pointed out it's what we've done the "last few years" and I guess my brain just thought something different.

I know the last two or three (?) Christmases have been different for me.  I got quite sick a few years ago and I now believe it was mainly the stress of it all and that year I didn't even have the ability, physically, to attempt to see family and from what I remember Jason picked me up and took care of me and I slept most of the day.  I saw my family a few days later and it was far more relaxing and yes, I did call or text them or something on the 25th to let them know I was ill and Merry Christmas but that break... that year of NOT seeing family and all the stress and upset that has gone with that... well, I guess I realized it was ok to step away and do my own thing on the actual day of and so I've spent the last few Christmases quietly and dealt with family on either side of the actual day.  It still feels a little weird, but hey, sanity and health right?

This year, as I mentioned the other day, seeing family is just not an option and I'm mostly fine with that.  I'm 100% fine with it due to Covid and just a little less fine with it if Covid suddenly disappeared (that makes sense in my head.. I'm saying I'm totally ok with not seeing family this year due to it being the safest and wisest, and only allowed thing.)

I have gifts for my parents and will drop them off for them likely today or tomorrow (weather depending... I mean we had rain/snow on Monday my gosh!) and I would imagine there might be a FaceTime or two on the day but if I'm totally honest they're tiring... the video calls.  Maybe that's just me but yeah... tiring.  We shall see.  But yeah, somehow the idea of waiting until the 26th to have a "Christmas dinner" was the first thing I've teared up over this holiday season, even though I haven't had a Christmas dinner on Christmas day (according to Jason) in a few years and the years I've been with family... well, I can't actually remember the last time I stayed long enough for dinner so it's probably been a good chunk of years since I've done that on the 25th but for whatever reason, this year it stung.

It's maybe because I can't see family, which honestly feels different than choosing not to see them.  Sure, I'm less stressed this year but there is also a sense of loss I suppose.

Whatever you're doing this Christmas, or this week or this month, I hope you are safe and well and taking care of yourself and your physical and mental health.

I haven't made any posting decisions so I'll see you again when I see you.  Take care, stay safe, big hugs.

Posted by Victoria at Wednesday, December 23, 2020

Have the best break you can have.