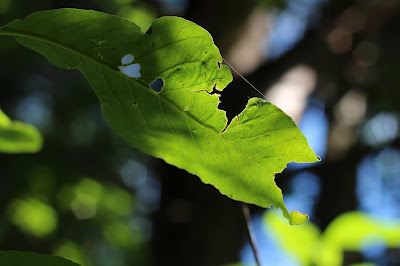 A couple of weekends ago, I was over at Jason's (my one person I see during all this) and I decided to have a drink (not something I do often these days) and to splurge and get cupcakes for after dinner.

We watched a movie after eating and mid way through the movie I started to feel not great.  I was irritated and angry and couldn't get my temperature right and then I sort of had an upset nausea feeling.  Blah.  I went home pretty immediately after the movie and figured the booze and cupcakes had just not been to my stomach's liking, on well.

I felt much better the next morning, I'd slept off whatever stomach issues, and I just had a bit of a sore throat - which I put down as a slightly unusual "allergy" symptom.  No big deal.

The throat (it was my left side specifically) wasn't terrible but wasn't great and I noticed the next day that my energy was off.  Like, I was a little extra tired, but again, nothing to think anything about.

By the Monday, my throat was still not great on the left and I realized I didn't technically pass any of the health checks to go to [workplace] or to the appointments I was meant to go to that week, hmmm... I backed out of things for Tuesday and Wednesday and figured things would get better.  I kept my fluids up and upped my vitamins and on Monday I had a nap AND I slept about 10 hours that night.  I was for sure fighting off this... whatever!

But for that whole week, I couldn't kick the sore throat.  Mid way through the week I remembered my neti pot and how I'd heard it helped with allergy stuff and so I gave that a go and was surprised my sinuses were actually quite (ewwwwww) full... (sorry).

I still didn't pass health checks so cancelled things for the rest of the week, feeling certain I'd be on the mend very soon.

One of the things I noticed that told me I wasn't all well was that my walks and exercise didn't make me feel better.  In fact, after a mid-week walk that would usually make me feel energized or calmer, I felt woozy.  My walks were making me feel lousy, and my sweat didn't feel "clean" (if you have an understanding of what I mean by that... sick sweat vs healthy sweat?)  I must be fighting some cold bug or something.

My temperature never went up and I never had any other symptoms.  Just this mildly sore throat and some weird fatigue when I would exercise.  But see I COULD exercise.  Not like I was out of breath or anything.  I just felt lousy after.  Weird.

I figured I was good for the next week when the throat started to resolve but then that Sunday morning I lay in bed having a more difficult time swallowing, but this time on the right side (which had been having no issues until that morning).

I got up and figured I should probably take a look into my throat and so flashlight in hand, I looked in the mirror and, well, it wasn't pretty.

My tonsils were angry and had, I'm not even sure what, white stuff on them.

Did I have tonsilitis?  Strep?

I mean I've had strep throat before and this discomfort wasn't that.  Wasn't anywhere near that.  But I was clearly unwell in some way and my body was working hard to fight something.  No idea what, but something.

"I should probably get this looked at," I thought.  So I went ahead and tried to get in to a walk in clinic to have a doctor look at my throat (and maybe take a swab?) but it was a Sunday and most of them were already full by this time.  I tried singing up for an online one but they didn't have an appointment for me until Tuesday.  I booked it anyway.

I decided to call 811 (our "nurse" line... to oversimplify).  Unfortunately they were very busy (they apologized a lot for that) and I ended up on hold for two and a half hours (thank goodness for speaker phone.)  It was frustrating, just because I wasn't able to hang up and I kept wanting to give up, but I really also thought I should try to find out what was going on in case I had something serious (or contagious... but like, no way it was Covid... right?)

I talked to a lovely male nurse who asked me all the questions and gave me some home remedy suggestions.  (I was already gargling with salt water, but just once at night - he suggested hourly and man did it help, wow!)  They put me through to a doctor who said there wasn't much she could do over the phone (especially seeing as my pain/discomfort wasn't "strep level" and that I should probably try to get in to get a swab.  They also suggested I go for a Covid test. Sigh.

I called the number, left mine, and got a call back within probably half an hour.

They set me up for a gargle test (yay!) later that day.

There's something about being sure you don't have Covid and then getting sent for the test that suddenly makes you more worried than you were before.

For the gargle test, I looked up the instructions, and also you're not to eat or drink (even water) for at least an hour (or was it two? I think it was one?) before.  So I had to physically put my water away from me so I wouldn't accidentally drink it!

I headed out, the process was quick and fine and everyone again was lovely and kind.

I came straight home and cancelled things for the next couple of days again and started to feel really embarrassed that I might have contracted Covid and given it to Jason and whoever else I saw when I was feeling ok in the days before I wasn't feeling ok.  Sigh.

I also obsessively checked the result site, which in retrospect was a little dumb as I knew they'd text me the results (I signed up last year when I got tested).

I think because it was a Sunday my results took a bit longer, but it was a stressful 25 hours before my text let me know I did NOT have Covid-19.  PHEW.

Such a relief.  Again, even though I really did think it was highly unlikely I had it.... knowing the test said negative was a huge relief.

I kept up my hourly salt water gargles and warm drinks and my Vitamin boosters and I let myself rest... although I did keep up my exercise and stuff.

The Monday morning after the test, while I was waiting for results, my throat did start to feel better.  I also added in a diluted hydrogen peroxide rinse like they had me do at the dentist in case it helped kill... whatever.  And it helped reduce the pain too, yay!

By Tuesday, the white on the left tonsil was gone and the right one was disappearing.

By Wednesday both were almost totally clear and I didn't have a sore throat any more, yay!

I rescheduled things and went back to doing things (they ask you to keep isolating when you're sick).

This week, my tonsils I think are still a bit inflamed (to be honest I'm not sure, I don't look at them much!  I really should take a baseline look one of these days!) so my system is still fighting something, but my walks have left me feeling good again and so the body ick is gone.

So, yeah.  I lost an entire week and then a few days of the next week to something.  Something that didn't test as Covid.

Legit not sure what I picked up.  Maybe it was my body hating on the alcohol and cupcakes, who knows.  Maybe it's being at [workplace] and being exposed to more germs even with a mask and hand washing?  Or maybe it was allergies gone bad.  I don't know, I still don't own a magic scanner to tell me what's going on!

I'm happy to be passing health checks again and feeling better if not perfect.

And with that, I'm off to check my tonsils in the mirror again!  Stay well you guys!