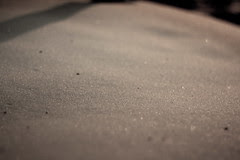 Snow around here is an interesting phenomenon.

When it comes, it tends to either tease and sprinkle icing-sugar-like over things and not really stick, or it dumps, ten, fifteen centimeters in a couple of hours, and that can effectively shut the city down.

I didn't grow up here, and it's hard to know how accurate childhood memories are. Maybe the further away you get from them, the more changeable they become, or maybe things really were the way you remember them, or maybe they just seem different because you were looking at them through the eyes of a child rather than those of an adult, but I remember snow being different where I grew up.

I remember it being around for longer. It seems like we would play in it for days. There'd be a fort built in the backyard and snowmen in the front yard and because we could walk to school, I don't know that we ever had "snow days." Snow gear kept you warm but not necessarily dry and man oh man was it annoying to get all your gear on and then realize that you had to pee.

When it snows here, I have to get to work. And that ads a layer of worry/stress/anxiety that I never ever associated with snow as a kid or teenager. If it snowed when I was in high school, either my Dad would drive me, or maybe a friend, or I'd take the bus. No problemo. Even when I was older and driving and it snowed, I'd just drive carefully, never had a problem.

Here (and it's not just me that says it) the snow is different somehow. It slips and slides on the roads. It's never sticky and firm on the roads, it goes slippery. And drivers aren't cautious here. Many of them still tailgate and speed and don't have a lot of experience with the "tricks" of what to do when you're sliding or slipping or stuck.

So when it snows here, there are a few days of worry over getting to and from work. I'm often lucky and share the drive with co-workers who live nearby, but there's still something about it that has me gritting my teeth the entire trip.

But when it snows here it's funny, because while the city can't handle it, it does its best and we all struggle along for a few days and then, just as suddenly? It's gone.

Snow doesn't hang around here. Maybe (not being a meteorologist) it's our Island status, but once the temperature changes, it rains and melts and it's hard to remember that everything was white and covered just yesterday. You only believe it because of the giant melting piles left in the car parks and the slanting remains of snowmen on lawns.

And the occasional lost glove that reappears on the sidewalk, soaked through with melt and rain.

Snow days here are intense, and few and far between.

Two, three days of scraping, shovelling, pulling out those snow boots you never thought you'd use again, gritting your teeth while driving, stepping carefully on the un-salted sidewalks, and mushing through the salted ones, marvelling at how clean everything looks white-roofed and blanketed and then it's gone.

Makes you wonder what the fuss was all about and how anyone could have been dealing with something that now looks like it was never there.
Posted by Victoria at Monday, January 23, 2012