I Could Use Some Hugs 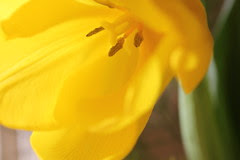 I've been feeling pretty low this week and, perhaps predictably, this has turned into me feeling really poorly about how I look, and that spirals inevitably into the thought that I'm going to be lonely and alone forever because if even *I* can't find myself attractive, then no one ever will.

And even knowing that I was low didn't help my mindset, and after struggling with it all week, I called my Dad.

Now, I don't know about your parents, but mine will usually give it to me straight, even when/if I don't necessarily want them to, so I knew if I called and told them how I was feeling, there'd be some sensible advice. And I hoped that that would start to snap me out of the funk I was in.

I told Dad how I was feeling and he said he could only imagine how hard it must be for me to be alone and that they both felt sad for me at times.

Then Mom came on and I told her that I felt like no one would ever want to see me naked and that I wish I'd met my husband back when my body was lean and fit and how she was lucky and could she imagine if Dad had met her now? He wouldn't want to see her naked!

And, of course, I laughed, while crying, because if I do ever end up with someone, he won't have the same body he would have if we'd met a decade ago, and there may be wrinkles or missing hair or other things he's not so fond of on him.

My parents then went on to tell me that I am still very attractive, and that their friends tell them as much as well.

And it meant a lot to hear that because my parents wouldn't just say that just to say it, you know? I mean, sure, everyone thinks their child is gorgeous, but my parents are also able to tell us kids when we need to smarten up or dress in a more flattering way or maybe watch what we eat or whatever. So while I still spent a good half hour after I talked to them crying on my couch, I felt a little bit better knowing that I'm not as ugly and unattractive as I talked myself into feeling this week.

I don't know if it helped to say it out loud and have someone listen and tell me I was wrong, or if it helped to hear that at least someone out there thinks I'm attractive.

Even if it's the sixty-something year old friends of my parents. This week? I'll take it.
Posted by Victoria at Saturday, February 25, 2012

You know... reading this made my love you to pieces, and I don't know why.

Even though I only know you through the words you write, I feel like I know you better than most of the people I know in the real world.

hugs! xoxoxoxo
We've all been there.
You're beautiful.

Aww, thanks Jonathan... that felt like a big hug :)

Back at cha JS

Sending you a hug through cyberspace xo

They say you need 4 hugs a day to survive, 8 to feel healthy, and 12 to thrive. Sometimes my hug quota gets a little low so I have employed some of my friends to make sure they hug me at least 4 times whenever they see me. (Some I have to remind a little. lol) Just in case it was a below hug quota kind of day. Gotta survive you know? *hug*

I remember hearing that Candy... I'm way way behind!