I Am Not A Good Liar

I am not a good liar, which is surprising because I used to lie my 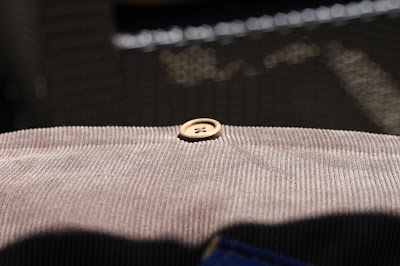 way out of things I wasn't supposed to do when I was a teenager.  (Which is ironic, because my parents thought I was up to much worse than I actually was.)

My friend and I went to this food truck fair thing they had downtown a couple of weekends ago, and we thought (for some reason) that it would be funny to give the guy fake names!

So when he took my order and asked my name, I said "Sarah!" all giggling inside, proud of myself for some odd reason.

And then the guy said "Oh, we already have a Sarah, I need another name."

So I sort of stammered, and thinking I hadn't understood what he meant, the guy said "Just a last name.  You know, so we don't confuse the two Sarahs."

And do you think I could come up with anything other than my own last name?  Which I certainly couldn't give, because then I'd be found out (or something) and so there was an increasingly uncomfortable pause before I blurted out "ANDERSON!"  Which, uh, ok, thanks brain.

My friend found this hilarious, and came up with his own rather tame name... Ben... and then he mocked me for not coming up with a) a more exotic name and b) for taking forever to give the poor guy a last name.

Or maybe I'm just not a good liar when it's sort of working against someone else rather than protecting myself?  Because I can certainly tell someone I like their new haircut even when I secretly don't.
Posted by Victoria at Wednesday, August 07, 2013

I'm such a good liar, everyone I know thinks I'm a really bad liar.

I am a terrible liar!

It's in the same vein as "If you have a reputation for being Machiavellian, then you're not" :)