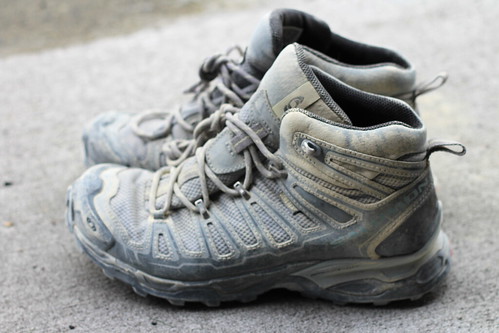 So I have no idea right this second what I've mentioned here or not or what is just in my head and it's waaaay too hot and muggy right this moment to check my archives but here's where things are for this year's trip to Burning Man.

I got a ticket.  The people I travelled with last year didn't.  This was just the luck of the draw of the ticket sales this year and I was happy I was lucky.

The two gals from last year decided to opt out of this year's trip.  Connor still wanted to go but didn't have a ticket and was denied holiday time from his work.

I had no idea what I was going to do.

A month or maybe two ago I ran into a fellow at the beach who was talking about Burning Man and I budged into the conversation and it turned out he had a second (extra) ticket.  He said he wasn't sure what he was going to do with it.  I told him I'd love to buy it off of him.  He said maybe.

I took hope from this!

I told Connor.  He went to work the next day and asked again for the time off and was given it.

The beach fellow still wasn't sure what to do about the ticket.

I started to look for tickets in various other interwebby places.

Connor signed up for the OMG (final chance) ticket sale but it sold out in minutes and again he was not lucky.

No luck on social media or interweb.  Everyone I talk to just sends me back to the same interweb locations to look.  With all the other people who really want tickets.

So now Burning Man is two weeks away.  We're supposed to leave next Friday.  I have a refundable plane ticket I think I should refund as it doesn't seem to make sense at this point.  Beach guy still hasn't decided what to do with his extra ticket.

Connor and I are getting really antsy and I'm trying to have enough faith for the both of us.

I don't know what I'm going to do, I'd really like Connor to get a ticket and for us to travel there and back together.  I don't know about how quickly we can get back to town as I still have to be at work on Tuesday.  I guess I could drive myself but I'm really not comfortable with that idea.  I guess I could try for a ride share, but I feel like it's getting so last minute to make these decisions.

I don't know what to do and am trying to let it all happen, but... it's so not my comfort zone to not have things planned.

Although, it is just a matter of digging out my boxes from last year and double checking things.  I can do that quickly.  I still have to help Jason fix up my bike, but even that doesn't HAVE to happen, it would just be nice.

I've connected with a camp I'd like to camp with and I want to finalize that but I'm worried about just throwing money at something when I'm not even sure how it's all going to come together.

Not sure what I'm supposed to learn here because I feel like maybe I should have bought two tickets when I got mine... or that I should just let it go and trust, but... those are both "shoulds" and should isn't much fun.

So... it's getting pretty down to the wire and I'm trying not to stress, but I'm not comfortable with not knowing and not having that second ticket for Connor.

So... some small but large details still to work out...

Fingers crossed I guess?
Posted by Victoria at Wednesday, August 13, 2014


(I may be a little stressed for you)

We should call you Charlie. You know, like Charlie and the Chocolate Factory. You both are waitin' for your own Golden Tickets.