You'll have to excuse me if my thoughts come at you in a far less than sequential way. 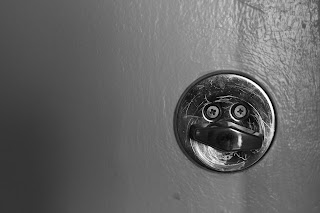 I'm not even sure I want to sit and say (as I did last year) this happened and then that and then this and then that so it will all just come out as it does when it does.  And we'll all have to be ok with that.

I didn't do as much at Burning Man this year as I might have wanted to.  But that's just the "should haves" talking, really, because I realized last year that there is NO WAY on Earth you can do anything near "all" the things you want to do/see/experience at Burning Man.  Like, ever.

So I didn't go with any plans this year.

Other than "get there and back safely", "stay healthy", "not get overheated", I really didn't have anything I felt I *had* to do.  I had a friend ask for me to mail her a postcard and even that was somehow annoying to me.  I just wanted to be there and not have to *do* anything.  So I could very easily sit here and say I didn't see enough art, I didn't go to enough events, I didn't do this or that or waaaaaah I'm so sad/mad/disappointed or I could just say the truth.  I'm really really happy I got to go this year.

I said to Connor that it feels like it's easier to bring how I feel at Burning Man back home, and that I kind of feel like it will be even easier each time I go.

I'd been told that second year is kind of an odd one for folks because the magical "I'm at Burning Man for the first time" feeling isn't there and while I wouldn't say anything like that happened for me, I did feel different this time.

I think I knew that before I left though... and I don't know if I've talked about it here yet, because it was Jason that started pointing it out to me and I haven't quite wrapped my head around what that means for me.

Part of me feels like I haven't earned it.  I've only been twice.  I haven't contributed enough.  I haven't been enough of a participant to really feel like I can call myself a Burner.  Does it even get a capital B?

But I also feel like I'm ok if I take a year off.  Do I want to go back next year?  Absolutely.  But if it turns out I can't, or it doesn't work out in a way that I'm comfortable with?  I'll be ok.  Because it's here within me now.  Maybe that only makes sense to me, but I just feel like I figured it out this year.  Figured out what it is about it that I get.  And love.  And value.  And it doesn't only exist in that one spot for that one week.  It's something I have within me, and can carry with me wherever I go.

Do I want to go to Burning Man forever and ever?  Yeah.  I do.  Do I want to drag all my loved ones and see each of them appreciate what it is that's awesome about the place?  Yes.

Because that's part of what's amazing about the place.  What I love about it, and what it means to me?  Might not be anything like what it is about for someone else.

Or maybe it is, I don't know, I'm talking outloud to myself right now, processing as I type I suppose.

But then part of me also wants to recognize that as hard as it is for me to admit, it might not be for everyone.  That thought makes me sad, but I should probably accept that it's true.  Even if for simple reasons of comfort.  Too hot... too far away... a frigging desert...too many people...too loud...not someone who camps...needs running water...can't handle portapotties...the physical environment alone might not be something that everyone wants to deal with or can deal with.

I've got a large number of people in my life who have no desire to go.  And I want to make them understand why they're wrong, but maybe it would be worse if I dragged them and they hated it.

Maybe I'll go and hate it one year.

I know I had some moments of un-happy this year and the grump factor was high for a while.

I don't know.  I don't even know where this post started...I think it started with a warning that my thoughts might not be terribly... straight and organized.

I guess I was right.
Posted by Victoria at Wednesday, September 10, 2014

I'm very glad you another great time this year. As I've been reading your posts I'm impressed how much you've grown in the past year. You went this year with a completely different view...one that was more mature in my
mind. And it sounds like you've gotten more out of it this year too.

I've seen some pretty amazing photographs and videos from this year's 3 major burns. I can't imagine being there and experiencing it with all the people...I think I would be overwhelmed. Those pics and videos really make me think about lots of things.

The physical aspect of the location keeps me away...I don't do heat well and have terrible asthma and allergies. The remoteness of it scares me because of potential of a deadly asthma or allergy attack.

I'm happy for you that you enjoyed the experience again.

I'm really sorry about what happened when you got home. I hope you're getting past it.

This makes me want to go to Burning Man.

I read this thought-dump, and what I take away is that your experiences have been transformative. That you've learned stuff about yourself, and brought that home with you. You've grown possibly more into a person you want to be. That seems like something incredibly valuable and important, and it makes me happy to think that you've gone and done this. It also makes me feel like I'm missing out. :)

I really hope you share some of the experience with us, and don't get too worried about keeping some kind of narrative coherence. Tell us how it affected you, I think, rather than trying to keep it in a sequence. Definitely don't spend too much time trying to keep your thoughts straight and organized, because I always find what you write to be understandable and interesting - especially when it's just a "ramble".

Elliott, I know they sometimes have to airlift people out to Reno, and I can imagine it would be a worry wondering about allergies and asthma... And I agree, I feel I've grown this past year and am happy about that. And...well, I'm coping.

If you have the thought you might want to go to Burning Man Jason? You should go! You'd at least know one person! ;) And well, cool. Cool that my rambles are at least interesting and somewhat understandable to at least one person :)

I also find your ramblings interesting and understandable...so at least two people.

I would know one person, which is a big plus. And you are a Burner, so I'd have the inside scoop on what to bring and how to prep. Hmmm. I guess I should start thinking about it.

The thinking is the start of it all Jason! :D