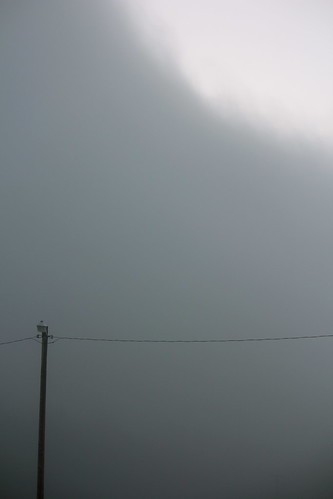 I've been right on the edge of needing/wanting a big cry all week.  Well, all last week anyway, and I'm assuming this week will feel fairly similar.

It's partly being overwhelmed, partly the change of seasons, partly just life.

People keep saying this is the last of the sunny weather, but man I'm saying nothing until I have to.  Sure, it's dark much earlier than I'd like and that makes the days seem shorter and somehow less motivating but there's always another side to a story and at least I'm still waking up with some light outside.  Right?

Jason fielded both of the big cries I did get in last week, bless him, and while I started out just needing a hug and to vent about work (don't talk about work, Victoria, even though you want to!) both times I ended up telling him I missed us being really really together and wouldn't he just un-break up with me already?

As always seems to happen with Jason, I felt much much better after, and he pointed out that we're still spending time together... he still cooked us dinner last week and it's not as if we're not... kind of together, I don't know, it seems to me it's a mental thing for him.  He needs time to just focus on him and holding together the pieces of his life and not having a "girlfriend" has seemed like something of a relief.  Even though he's still seeing me, spending time with me, talking to me, supporting me, and hugging and cuddling me when I ask him to.

Do I miss the "extra" closeness, if you know what I'm saying?  Sure.  But not as much as I might have thought.  I keep asking him if he could find time for a sleep over just a SLEEP over because for me there's something about sharing space for an extended period of time that I'm missing.  Plus the whole I sleep naked and sometimes he does too and damn I miss feeling someone's chest pressed up against my back.

Was that too much information?  Sorry.  It's not as if he had much time over the summer either, and I don't want to borrow worries but I know sometimes fall can be a lower, tougher time for me and I both wish he'd reconnect with us, and would let me help him... I don't know.  I'm babbling evasively here I feel.  Not able or wanting to really talk about what's going on or why but if only... if only... you know how that goes.

I'm ok, not in a bad place, just feeling like I have a lot to get out and I'd rather it came out than got stuck inside.  Because when it gets stuck inside, I find myself at the breakfast table sobbing, makeup streaming down my face at videos like this...

So here's to hopefully continuing to let it out, and being more and more ok every day.
Posted by Victoria at Monday, September 29, 2014

I know I keep saying this, but you are definitely more OK everyday, and I think you're going to keep on that trajectory. It's not just that you seem more aware of things going on with you, but that you're actually doing positive things to deal with being low or down, instead of pretending you don't have to do anything.

As for the thing with Jason... it's weird how fixed people become on labelling things. But he still seems to be a positive piece of your life, which is good.

And there's going to be more sunny days! There has to be!

I'm sorry you're not feeling 100%. I'm sorry things aren't how you would like them with Jason.

I really do think you've matured a lot in the past year and seem to be handling the situation better than you did in the past.

If it's any consolation, I'm happily married with no kids at home and I miss the "extra" closeness too. Life is so busy that that gets put off.

And to be completely purvy...maybe you put some fur and a pokey thing on a body pillow and have that snuggle behind you. ;)

Thanks Jason (the other) and yes...there has to be!

Well E, you certainly did make me giggle! ;) And, yes, that's something of a consolation, although it made me sad smile if you know what I mean.