Middle of it All 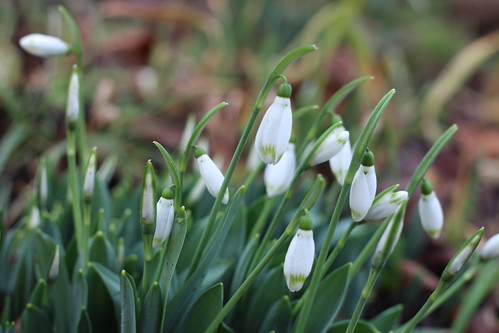 I've been at a loss for quite what to talk about/write here for a couple of weeks now.  I don't know if it's writer's block or some combination of writer's block and the fact that I'm feeling like I'm just holding back a major catastrophe in my mind.

Jason's situation is bad.  And while I'm trying to tell myself that things are starting to improve, it's the same as the short days... yes, I know the days will get longer, but it feels like an awfully long time until we get there... and I need to keep myself together until we do.

To have a partner (even a strange sort of situation technically ex partner?) who is going through extraordinarily tough times is really really hard.  Because it's not just helping someone, it's also losing the person who is usually the one you talk to, the one who supports you.  So it's three times the effort.  You're taking care of them, yourself, and you can't share the burden.

I wish I felt I could lay it all out on the line for you... write it all out in black and white but I can't.  Or maybe I just don't want to because of all the judgement that I'd have to wade through.  I know where I'm screwing myself over.  I know I deserve "better" and all the rest of the platitudes so I don't want to hear the errors of my ways.

I just want a little bit more of the guy back that I started dating way back in January/February.  I want a partner in this sh*t storm.  Because it's fucking exhausting rowing the boat while bailing it out while steering through the waves and trying not to get sea sick.  And if I jump out of the boat to swim myself to safety, someone else is most likely just going to die at sea.