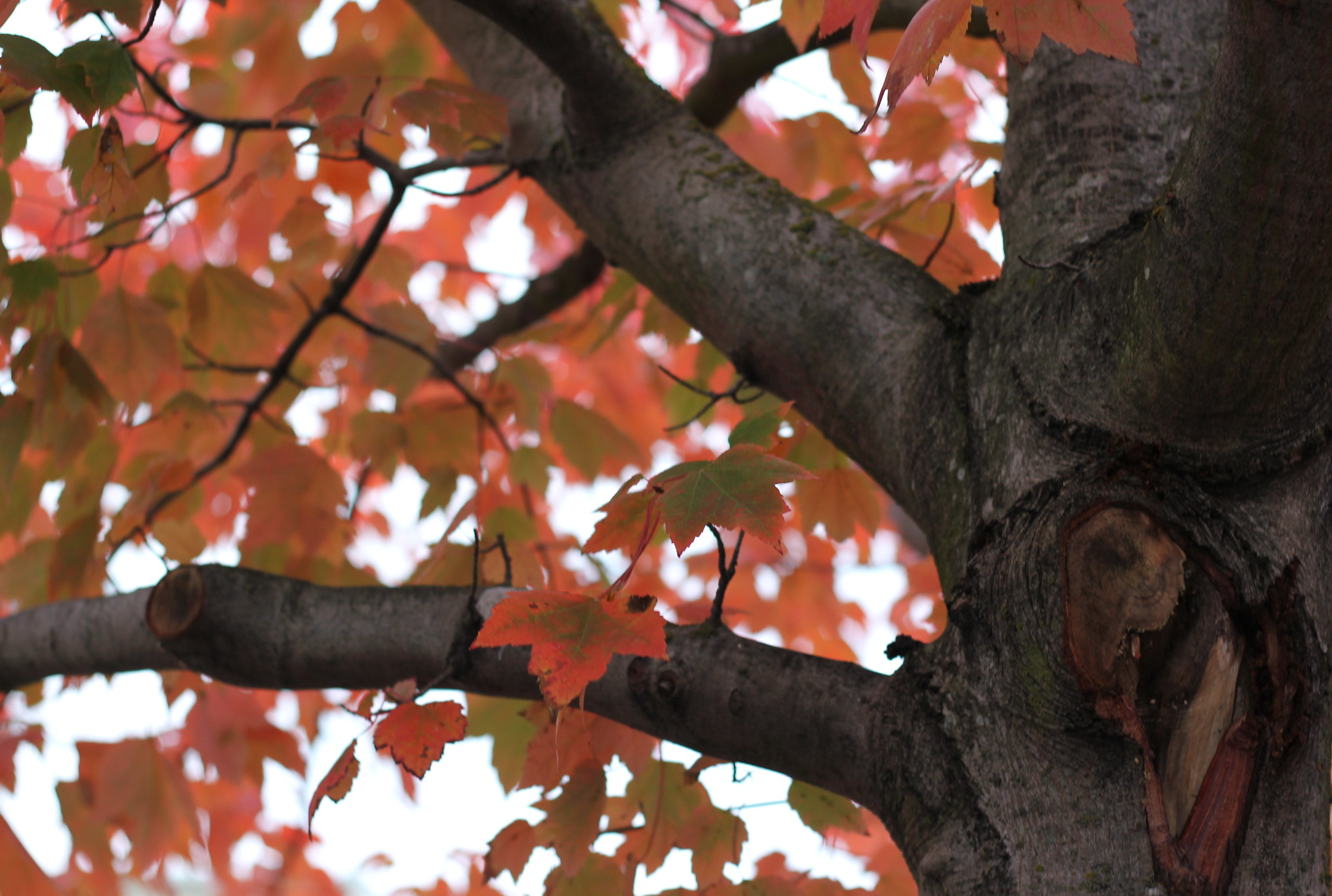 The Summer of 2015 was a busy one for me.  I had C-Dawg's wedding, and then a family vacation, and then immediately to Burning Man where I met Max.

And meeting Max was life changing and my heart was full and happy and hopeful but what I don't think I really talked about at the time, was how hard it hit me when I went back to work.

I looked a long time, by the way, just now, at that "it" in the rambling sentence above.  Should I have replaced it with "life"?  Or, more truthfully "anxiety"?  Or who knows what exactly "it" was that hit me but walking back into work after getting home from Burning Man that year was like nothing I'd experienced before.  In a very bad way.

So we don't talk about the specifics of my work here, but I've been doing it for quite a while now, and while I'm good at it, and enjoy aspects of it, I'm not sure I was ever well suited to it...  exactly.

I remember when I was dating (someone who's nickname I've forgotten... DD perhaps?) early on in my career and he said something along the lines of "you seem pretty miserable [at work] maybe you should think of doing something else."

I can't remember what I felt at the time other than "Pshaw, that's ridiculous, it's just learning curves.  Everyone struggles their first few years at this.. it's just... just because I'm new."

After all, my brother had gone into the same field and told me it takes about 5-7 years to get into the flow of things and that starting out it's kind of like learning to drive standard, while on the highway, while chewing gum.  So, you know, I figured I was just in the "getting used to it" phase.

But now I come back to that conversation with my boyfriend at the time and I wonder... what did he see that I didn't?

I mention this because it's only fair to say that it wasn't an instantly easy fit for me, but I was settled and happy enough.

A few things happened over the interceding years with friends leaving, or moving to other positions/locations and I had a hard time with that, but nothing like my return post Burning Man 2015.

Perhaps it was partly the juxtaposition of how happy and content I had felt with Max that week and contrasting that to walking into what felt like the most gigantic brick wall of "NOPE!" but that fall, I suddenly found myself very unwell in a way that was unfamiliar to me.

Most of you who've been around here for a while have probably learned that I'm a worrier.  Yes, I worry, and I can tend to overthink things.  Perhaps even be over-cautious.  But I've never had, or been a person who had anxiety.  Ever.

I've had bouts and struggles with depression, and I know I worry and can be anxious, but this was not what I was feeling that Fall.

I was very very unwell and it was so foreign to me I was terrified.  I was, I learned, having panic attacks.  At work.  Before work.  During work.  After work.  And panic attacks, it turns out, are not "oh gosh, I'm really nervous and have butterflies oh dear!"  Nope.  They're your body telling you flat out "we are going to die, right now, let me prove it."

And then your body does its very best to prove to you you're about to die.  There are no real universal symptoms to panic attacks, so all I knew was that on top of the thoughts I was having, I was dealing with a body that was not well.  I was dizzy.  Losing vision at times.  Unable to focus.  Having to excuse myself to take some time to deal with my symptoms.  Of which there were many more.  So there I was, trying to be a functional member of society while trying not to allow my body to die before I could get back home and at least die on my own couch and not bother anyone.  It was awful.

I started to wonder if I was having some kind of anxiety so I privately talked to a couple of my friends who had been open with me about their struggles with anxiety and they recommended I try skullcap tincture, so I did.  It seemed to help a bit (and I've always said, I don't care if something is working via placebo) so then I found myself at work self-medicating with drops of herbal tincture in my water just to get through the day.  And something in me told me this wasn't a good or normal or sustainable thing.

After the third week of this, I talked to my brother, who suggested I call a help line of some sort, which I did, and it was... er... nice people, but I wasn't in a crisis at that moment, so it was a bit of an odd call... yes, I'm safe, no I'm not in any current danger of self harm or harming others... ok, I will call someone to make a doctor's appointment.  (I'm glad those lines are there, but I'm not sure it was helpful to me at the time.)  So I went in and saw my doctor a couple of days later and I don't remember how, but by the time I left it was after hours and I'd apparently been in there for over an hour.

It was right around then that Jason told me NOT to talk about what was happening.  He said it was not worth the risk of talking openly in case something was read by someone who shouldn't be reading it.  And so I was effectively silenced.  Out of an abundance of caution with regards to my employment, I was guided, by him, not to talk too much.  Which meant I didn't know how to talk at all.

I was diagnosed, by my doctor, with major depression, and a list of several severe anxiety disorders, including panic disorder, generalized anxiety disorder and social anxiety, along with a couple of bonus ones.  It was like I'd suddenly gotten a whole bunch of new University degrees and had a lot more letters after my name.  "Victoria Smith, B.A., P.D., MDD, SAD, GAD, etc."  CONGRATULATIONS!!!!

Max broke up with me a week after.  Which.. really.... I said to him, laughing as he dumped me "you really don't even have any idea what's going on for me."  Because I'd kept it from him... it having come on so suddenly and being so new and foreign to me, and him having his own struggles and such.  I called C-Dawg and as I wrote about, she came over with a care package for the breakup and I said "well, at least I'm already so messed up this hardly even registers!" or some attempt to be lighthearted about it all.  But it didn't help.  That's for sure.

It did give me something to write about for a while though... the breakup.  And my pain and confusion around that.  And I can look back and see that I threw in some other struggles here and there, but I lost the feeling of how to write freely and openly about everything.  In part because there was a hitch in my giddyup specific to work and I don't write about work.

That, combined with not knowing what the hell was going on with me left me feeling very lost about how to proceed.

And here we are, three years later... and I miss my writing, and so I'm trying to get it back.  And this is the start of that.

I grew up in this big crazy boisterous family. I was the quiet one. And I was fine with that. I was in high school when I first heard the term "introvert." And I thought, YES! That's what I am! I'm an introvert, and a rather shy one at that.

For my job, I'm required to travel around to different cities and work with people I don't know organizing conferences. I enjoy it, but it also majorly stresses me out. At one meeting last fall, I literally hid in the ladies room during lunch and cried. I had no idea why, I just couldn't stop. I texted an internet friend and told him I didn't know what was going on, but I couldn't stop crying. He texted back: You're having a panic attack. Call me, I can talk to you until you feel better.

And I said, that's ridiculous. I have no reason to panic.

He asked me if this had ever happened on a work trip before. I said no. He asked if I looked forward to going on these trips, and I said no, I dread driving in strange cities and talking to strange people.

And then he said, You have social anxiety.

Me: That's silly, I'm just an introvert. And I'm shy. And Crowds stress me out and I just need to be alone for a while and then I'll feel better.

I never considered myself a worrier. I'm actually generally laid-back and cheerful, but... he made a good point.

Makes me wonder if all of us have some form of mental illness. Literally every person on the planet.

Big hugs. I hear ya!

I remember coming across your blog in 2010, when I was 21 years old (and eager & ready to head to grad school.) I followed you regularly after that, drawn to your writing and the events of your life, occasionally leaving a supportive comment under random pseudonyms. But around 2015 or later, sometime after your breakup with Max, I think I reduced and eventually stopped reading.. I suppose I got the feeling that the writing wasn't as unrestricted or open as it used to be, and now I kind of understand why.. I'm so glad I happened to revisit your blog now and I truly hope that writing about this will help you.

"Three years ago, I fell apart" - those words startled me, because I can say the same. At the very end of 2014 to early 2015, my life started unravelling as well, for a bunch of reasons. And it proceeded to unravel chaotically for the next three years. In a sense, you could say that I lived the same miserable day over and over again for three years, which is a devastating thought. It's hard dealing with the regret of having wasted time. But at the same time, I know that it isn't right to think this way. I'm trying to be kinder to myself and recognise that I was going through something painful and I fought through it.

The stigma associated with any form of mental illness is so harmful, because in addition to what we're dealing with, we also tend to feel GUILTY about feeling this way when we haven't actually lost a loved one or suffered a debilitating physical injury or something of that sort. And that's tragic.

Now in the last year of my twenties, I am finally feeling better. I know I'm not completely "fine", but I can now do things that once caused me immense anxiety, and I'm grateful for that progress.

Sending you plenty of virtual support & love, and I'm here to listen!