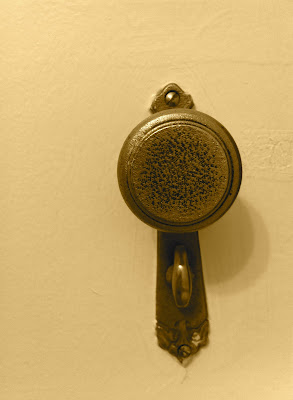 I know I didn't have this awareness at the time, but I wonder if I struggled more than I might have because I was somehow resistant to what was actually going on.

I guess I sort of mean that because I had limited (no?) experience with anxiety (worry, sure, but anxiety?  it's a whole other beast) I wasn't able to say "oh, hey, I'm having panic attacks, let me get some help with that."  It was like "My entire life is falling apart in a way I can't quite figure out or understand and everything is going wrong but it shouldn't be and I can't handle things that I *know* are totally handleable and I was just handling them not that long ago and now I'm getting dizzy spells and other weird stuff (that I know forget) and I know SOMETHING isn't right but I have no idea what and there is no way I have the time or space to figure this out but it isn't getting better I HAVE NO IDEA WHAT TO DO!!!"

Like... I've gone to the doctor plenty of times in my life.  Usually with something I at least partially understand or can figure out an onset for.  Like..."Hey, I have this really deep barking cough that won't go away and keeps me up at night... it's been ten days... I think I might not be getting better." and then you go in and they listen to your chest and ask some questions (are you coughing stuff up?  what colour is it? etc etc) and then maybe you get a chest xray or they take some bloodwork and then they say hey, here's what's going to help, do X, Y, Z, rest for a few days and you should start to feel better.  And usually you DO start to feel better.  And maybe you take that diagnosis and look up home remedies and so you're sipping honey and orange juice teas while you nap on your couch with your antibiotics and cold and flu advil and it'll be a miserable few days but you will start to mend and you'll maybe have a friend who brings you chicken noodle soup and people will commiserate that yeah, they had that cold too, but damn, it didn't turn to bronchitis for them and hope you feel better soon!

Or you walk in with a limp because you tripped over your computer cord and the doctor says ok, go to physio, or hey, put ice on that and take advil, or uh oh, you need an x-ray and, well, you usually go to the doctor with some vague idea, or at least a FRIGGING SYMPTOM!

I feel like I went in just... having no idea what was going on.  Maybe, maybe a small guess that this might be some anxiety?  But with no reason for it to be.  No onset.  No trauma event.  This wasn't even post breakup... everything in my life was fine and good and nothing was "wrong".

I'm not even sure what I might have said in my first few sessions with a counsellor...?  Did I say that my doctor had told me I had to stop work for a while and that I had anxiety?  Did she tell me I had anxiety?  I don't remember.  (I'm half tempted at this stage to ask my counsellor next week what I said in my first few sessions, but that'd be more for our amusement and interest than any therapeutic purpose.)

I guess what I'm saying is that I'm not sure I had any real idea what was going on.  And I'm pretty darn sure I didn't think I'd be dealing with being unwell for more than a few days.  (Ok, a week maybe?  Hmmm... possibly two at this point???)

I can look back now and see a few hints and glimmers and even look and see times I maybe should have paid more attention to what I was thinking and feeling but really, the way I started feeling in Fall of 2015 was new to me.  And it came on in a way that felt sudden and brutal.  I'd had this summer of fun and joy... wedding, cruise, falling deeply in love, Burning Man and BAM.  I remember saying that walking back into work that first week home from Burning Man felt like walking into a brick wall.  But I shook it off, kept moving forward and pushing through until apparently my brain/mind and body said no, you know what?  You're not listening to us... we're going to force the issue.