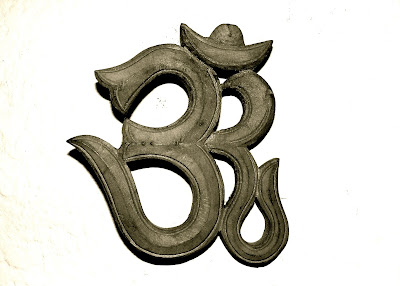 I'm not going to get things 100% accurate because I'm going from memory and it was a while ago now, but I think before I saw my doctor I maybe made a call to a health and wellness line or something?

I remember talking to someone on the phone and them asking me if I was a risk to myself or someone else (I wasn't) and then them sort of saying that I should go see my doctor.  I think my brother (?) had suggested I call and while I'm glad those types of lines are there for those who need them, they seemingly didn't apply to me.  I *was* in crisis, just not the type of crisis they're there for, I suppose?

I also (trying to keep things work related vague) think I contacted a service through HR at work and saw someone (I think it was low/no cost?) who also suggested that I stop work and see my doctor.  I had probably already seen my doctor by that point, but had still not thought (or accepted) that I would be taking more than "a couple" of days off.

I don't remember what my doctor said or suggested, but I would imagine she gave me some sort of note or letter for work and since I don't talk about work and pretend that I'm a spy (or maybe I really am a spy and am just saying it's "pretend" to throw you off the scent!) I won't get into details and will keep things vague but I would imagine she helped me in dealing with that and I think I thought maybe I would be off work for a week or so, but that CLEARLY there was no way I could take more than that amount of time off.

I remember someone at the time telling me that that was probably a symptom of whatever stresses my brain was dealing with... the thought that my workplace could not and would not function without me; that literally only *I* could do the things that I do in the spy work world.  Or something like that.  I just remember this overwhelming feeling that I couldn't take time, I just couldn't, and the doctors and specialists I talked to in those first few days telling me that not only COULD I, but I actually HAD to.

I don't remember the details of those first few days but I do remember that less than a week after I'd dealt with taking a bit of time, Max broke up with me and in our phone call I actually said to him, half laughing "you have no idea what's going on in my life."

I remember C-Dawg coming over when I called to tell her about Max and she brought me a care package (junk food, junk magazines, tea, flowers) and I sat on my kitchen floor crying and looked up at her and smiled... "well, at least I'm off of work already to deal with this breakup!" and then I cried some more.

It was, I suppose, the best possible timing for the bad thing to happen and while the breakup wasn't a cause of my illness, it probably factored in to the difficulty of those first few months.  (Or maybe it didn't... it would have been hard to deal with no matter what, I'm sure.)
Posted by Victoria at Tuesday, August 06, 2019