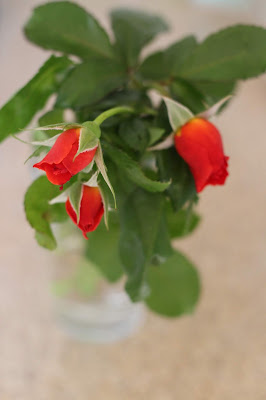 Ohhhhhkay, so, I know it's still September and technically only *just* Fall, but, I did a thing this weekend to hopefully alleviate some frustration I often feel in Winter.

No, really I did.  I don't know that I enjoy sending out Christmas cards much anymore but I also know it's a politeness, especially with my far away relatives, so I keep it up.  (Although there were some years I just... didn't.... at all, and it was a relief.)  I try to buy the cards when they're on sale at the end of the season (ie last year) but when it comes to December I'm often in the doldrums and/or stressing about the holidays and it's dark out and the days are so short and sitting and getting those cards ready to be mailed out isn't enjoyable anymore.  If it ever was.

I did it "early" last year, but by that I mean I did it at the start of December, but at some point recently I thought well hey, why not do it now?

So I sat down with my address book, made a list of who the cards would/should/could go to and what types of stamps I needed (a handful of International and a couple of US) and I addressed all those cards.  I didn't do the insides, that can wait til December, but I'm kind of hoping that I forget that I did this so that when I go to get the cards out to get them set up for mailing I get a treat and can thank "past me" for the easier go of things.

But yeah, it felt weird, because it really is a symbol or sign of me not wanting to engage in the chaos that Christmas and the holidays have become over the last number of years.  And I know it's still special and magic to a lot of folks and maybe it will be for me again some day but for now it's honestly a chore, and so I'm hoping even this one small gesture will make it a little bit easier for me when the time comes.

So I mean, it's not really a heavy thing, I'm actually kind of happy and proud of myself but it's sort of an embarrassing thing in some ways.  And typing it out with that weird guilt behind it, it came out pretty heavy.  I really would have liked to have said holy smokes y'all?  I spent more than an hour addressing all my Christmas cards so I don't have to do it in December!  YAY!  So... let's just pretend I said that, ok?

My other non-confession "confession" from this weekend is that I have been ACTIVELY resisting turning on the radiator in my apartment.  Like I'm cold.  Chilly at best.  I'm talking hot water bottles and cups of hot chocolate and baths to warm me up but at some point in the last week or so I said, hey, it's nearly October, the radiator can go on then!  And then this weekend I got stubborn about it because I WAS COLD!  I swear I could smell other people having turned on theirs... that smell of burning dust, but, no... I will not use heat until tomorrow.  My stubbornness declares it so!

(And I'm pretty sure that when I do finally turn it on I'll be like oh man that's so much nicer, why didn't I do that earlier!?)
Posted by Victoria at Monday, September 30, 2019