Hang On, It's February? 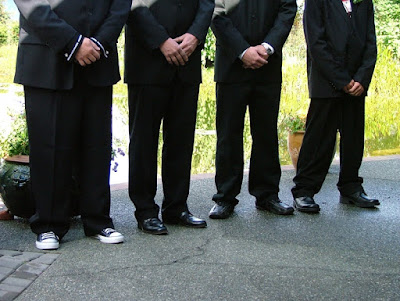 Well damn... February already?  Geez... this month just started I thought!  (Even though most of the internet seemed to say January went on forever... go figure!)

Anyway, I'm not really here about that, I just noticed when I hit on the publish date that it said "1" and I was like... woah.

I'm here to tell you how amazing buying a new pair of runners is!!!

I can not honestly tell you the last time I got new runners which tells me it's been a long time.  A year?  No, probably more like two?  Three?  I just never felt I could justify it when I was hardly using them and while money is so tight.

But my feet have been hurting and with me starting to get back to the gym and my folks giving me a bit of cash as a gift I thought it was time I invested in a new pair and OMG you guys?  I had NO IDEA how blah my old runners were until I put on the new runners and it was night and day.

And then I felt really guilty for my feet and legs and who knows what else that had been hurting probably in part because of worn out shoes.

I know they're expensive.  I know that.  But now I've also been reminded how different (and dare I say important) it is to have a good, new(er) pair.