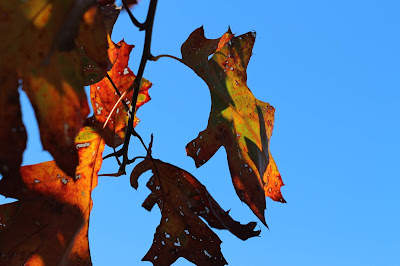 I had a blog post all started in my head and then I sent a text to someone and now I've completely forgotten what all I was going to talk/write about.  Le sigh.

I, um, guess I'm doing kind of ok.  Not... great, but not awful anymore either.  Like I've said before, March was awful, and I was terrified that that's what the next X number of months would feel like.

I have also been trying to read less and less about it, which means there are some things I'm not entirely clear about, and when I do try to read about them, I tend to get mixed messages and I end up just stressed and confused again because I prefer when things are black and white and life doesn't work in that way with much of anything.

But, like, when do I get to feel a little more "safe" or "relaxed"?  Will I find out some day that I've had it and have antibodies?  Will that mean I'm immune?  Not?  Can I get it again?  A different version?  Have I already?  Will I get it and die?  Or be very sick?  Or not?  I don't know.  I think what would make me feel a little safer is some kind of indication that I've had it (and am ok) and that I can't have it again.  Because that would take away half of the fear.  I'd still be cautious about potentially spreading to others, but I think if I knew I had had it and wasn't going to contract it again I could relax a little  (and just worry about my loved ones and friends and those I know.....sigh)

Other than that I don't know how to feel safe.  Or safer.  I'm scared of everyone and everything right now.  I had a panic attack the other morning because I dropped off a birthday gift to my Mom.

(My parents are both in the "high risk" age group, but my Mom was a nurse and so she and my Dad are being extremely cautious and careful.)

I had wrapped it and put it into a paper bag more than a week ago to make sure that any virus I might have spread onto it would have "died".  I did all that and let her know I'd one it and then I wore gloves the day of and left it outside their door and I trust that she was careful with it but that morning I panicked because my anxiety told me that I was bringing the virus to my parents and they were going to get sick and die and that it would be my fault and so I sat in my car sobbing and shaking and wiping down all of the surfaces I could reach.  "This was supposed to be a nice, happy thing" I thought... I called Jason and he told me I'd been careful and safe and that my Mom would be too on her end, but still... the fear and anxiety is constant and terrifying right now.  I wish I could get some peace there, but it may be that I just have to live with it.

I shouted up to my parents from the side of their building up to their place, and then I did a video call with them later and my Mom said it was a very memorable birthday but yeah...

And then one of my neighbours knocked on my door and gave me a hand made face mask she'd sewn (complete with nose piece and slot for "filters") and that was so sweet and emotional and I think I babbled something to her about "going to cry now, this is so nice" so... yeah.