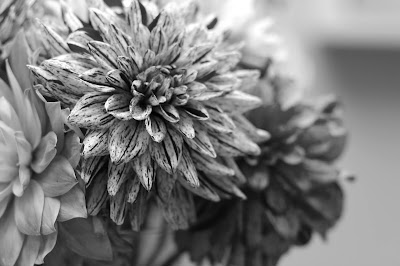 So, yeah, even just writing that yesterday has given me a huge amount of anxiety.  Not *quite* a panic attack but panic... sure.  "World is ending" feeling?  Sure.

If I didn't make it clear yesterday, I had never written about this person.  Not here, not in my other writing, not anywhere.  So it's not as if she had read me being rude or unkind about her and decided to "get back" at me because of that.  No, there was just something about what I'd written (probably/possibly about my relationship with Jason is my guess) that she didn't like or that upset her and I guess she was unhappy enough to say she'd do... whatever to me.

I remember "early" on in my days of blog following, I followed a woman who wrote very openly, and anonymously about her dating and sex life.  I'm not sure anymore if it was a "sex" blog but she certainly didn't hold back on her details, other than keeping things anonymous.

I remember also when she was "outed".  I can't remember anymore if it was malicious or what but from what I recall an ex recognized himself in her writing and either told her he knew or went to the press and she ended up going public with her identity.  (And I kind of lost track from there to be honest.)  I seem to remember that some of her partners were upset that she'd talked about them without permission, so after that I always at least mentioned to a guy I was dating that I had an anonymous blog and that I'd probably talk about our dates/relationship.  If I trusted him enough and he was curious, I'd eventually give him the blog name.  I don't really know how many of them actually read much, maybe one or two, and I don't think any of them still follow along or read, or necessarily even remember.  So it could be that Jason shared this blog with his girlfriend, or maybe it was the other writing, I don't know.  He says he has no idea, just that she said that if she could find it, my boss/work/clients could too.  Which is probably the worst fear button of my "anonymous" writing to push.

I mean, I always refer to my friend at the time, when I said I was thinking about writing an anonymous blog who told me to write it as if everyone would read it.  And I've always kept that in mind.  So there are a lot of not so nice thoughts I have about people in my head from time to time that I do NOT share here, as much as I might like to get it out of my system.  Venting helps me, that's for sure, but I tend to limit it to venting to Jason these days, and occasionally to C-Dawg, although she doesn't know much about all the sh*t that's gone on with Jason and his now ex.

Venting is important, but doing it in a permanent record on the internet is probably not a great idea all the time.