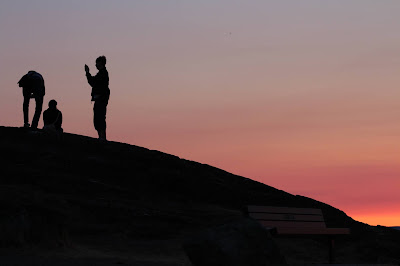 As I start so many posts after all these years.... "I can't remember if I talked about it before but..."

She's got a good number of years on her and served me really super well but.... age.... and such.  And with me starting to learn digital art and running those programs as well as digital photography, the amount of time things were stalling out (beach ball!) or crashing or glitching was a lot.  And I was worried I'd lose all my files, etc etc.

Not being in a financially sound situation, I looked into used laptops (way not my thing) and a small loan (not able to get right now due to said financial situation... go figure) I made the choice, for the first time ever in my life to lease.

Leasing has never been something I've liked the idea of and I'm very grateful I've always been able to afford not to, but this time it seemed like the "only" solution I was comfortable with, so I went ahead and leased a newer laptop.

The leasing itself was smooth, if pricey, and the laptop was miles ahead (amazing what 5+ years of progress can do!) and although it has some glitches (the "butterfly" keyboard was a major misstep by apple... mine has been replaced once almost right away and needs replacing again hello space bar you just love to jump in extra spaces don't you!) (I also think there are possible logic board issues but.... yeah...)

(I'm going to try really hard to save up enough to buy the computer out a year from now as per lease agreement....)

I'm anxious about the new laptop as I've never before had to give up my old one when a new one arrived.  I've usually done data transfer and all that myself and kept the old one around as a weird backup sort of thing.

(Sadly, my old old laptop has just recently shown signs of no longer being ok.  It's making me sad... I get attached to things others say are "inanimate"!)

Jason is helping me backup this laptop and I'm hoping I can wipe it before taking it to the place cuz I'm just not comfortable with having my stuff.... just... THERE for someone else.  Not that there's anything super awful or embarassing it's just... that's my life.  It's private, you know?

I have no idea which type of laptop I'll be getting.  Apple launched a new something something (M1?) the week after I'd ordered mine (through the leasing folks) and so I'll find out if it's the new new or the kind of new.

I do know that it will not be the OS I'm currently running.  Apple just brought out Big Sur (which has had issues... as they usually do of late) and I'm two OS behind it.

It may mean that my programs won't work.

It may mean that I no longer have the ability to make digital art or work on my photos until I figure out when I can afford the (STUPID) subscriptions to, say Photoshop and Illustrator.  Sigh.  (Have I mentioned my intense dislike of subscriptions for programs and software???)

So I'm telling myself I will just deal with whatever comes up... be it bricked software, or losing passwords or whatever.

I'm trusting Jason's IT knowledge and skill to help (while also feeling guilty about asking for help and using up his time, bah).

And I'm wishing I had been able to afford to buy this new laptop outright and do the data transfer myself etc etc.

The leasing company says I can't have both laptops at the same time but that they'll do the data transfer for me for free.  I appreciate this, but I'm not comfortable with it so... multiple (redundancies for the win!) backups and such at home and then a system wipe (all of this with Jason's help and my guilt and stress) and we hope for the best.

But this too is an added stressor at the moment... but soon will pass.  As they say.

Here's to hoping it all goes in the best possible way for me and as smoothly as possible.  All things considered.

Hopefully the new laptop is a powerhouse that fires your creative furnace up!