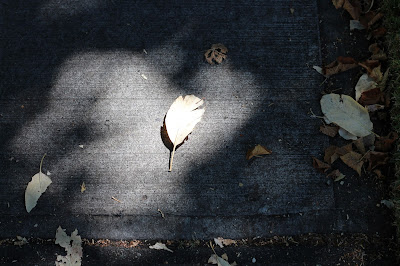 I sliced my finger pretty good a couple of weeks back.

I'm not going to say it was dumb, but it wasn't the smartest thing and I sort of saw it coming...

I'd bought a new knife (there's a promotion going on in a local store that makes them a pretty good deal) and I wanted to clean it before putting it away.  (You see where this is going?)

I wanted to make sure the edge/blade (?) (you know, the cutting part???) was clean and, well, yeah... there was this slow motion sense (seriously) as it sliced (cleanly) into my finger and the noise I made was not a happy one.

I didn't know how deep it was and I cleaned it and wrapped it and sat myself down because see part:  not sure now deep... and how much blood and the thought occurred to me... what if I need stitches?

I tried to stay calm...  holding the cloth tight and the hand above my heart, while sitting.... and I wasn't sure what I would do... it was hard to like type or anything because I'd cut a finger on my right/dominant hand.  Could I drive to the hospital/clinic if I needed to?  Maybe?  Would I prefer someone come get me?  Yes?  But Covid... safety... um.. what if I passed out?

Long story short, it was fine.  I controlled the bleeding.  The cut was deep but clean and the bleeding stopped.  I stuck a bandaid on it and some whatever cream (blahblahsporin) and I joked with a few folks about how this clearly meant no work out for me!  (I'd actually been setting up to do a workout video.... and yes, I used the cut as a reason not to!  My reasoning was to not have massive pumping of blood right that minute... I did go for a  walk later though as the internet suggested it would/could be good for healing...)

I thought later about how being unwell or injured is one of the harder parts about living alone.  And while I was pondering that, I had a thought about those "speak to them" type speaker things.  You know, Alexa... Siri... Hey Google... whatever.  Because I guess, since I was kind of no handed for a while (one hand holding the wrap tight on the other hand) I could have, in theory said "hey (device)" call... 911... or whoever, or "hey (device), how do I know if my cut is deep" or... you know, whatever.

I don't have any of those devices, and I don't use Siri on my phone but yeah, it was a thought and I suppose that's what those "life alert" type systems have been for older folks... a way to "easily" call for help if/when  you need it.

Anyway,  it was an interesting train of thought... cuz sometimes living alone feels extra troubling.  (Not that I want a live in tracking device but still... know what I mean?)