The Week To Come 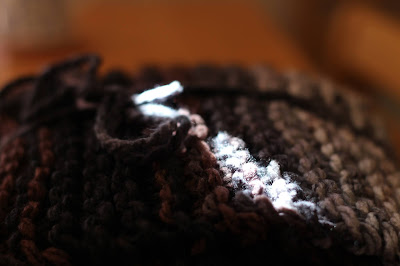 I spent a fair amount of time thinking about blogging this weekend.

As in... what did I feel like doing about it... this week in particular...

See, tomorrow is the US election.  And I would really really like to ignore it.  Maybe I could if I lived on another continent, but it's hard to ignore it when I can walk to the beach and look across some water and see the States... it's... right there.

I know I could ignore it more than I do - by staying off of social media.... avoiding the news, etc etc and I should probably work on that but I also have a large number of friends down there and my feed is pretty US heavy because of that.

So yes, I have a particular way I hope the election goes.  But I also do not have a sense of things "going well" whichever way the election goes.  And that I am trying to let go of - I'm not psychic, things might be fine no matter who is elected.... I guess that is a possibility.

I suppose I could do some combination of all of the above but I know I often don't "get around" to writing if I don't hammer posts out on the weekend so... I dunno man.

I've never felt the drag of any election the way I do on this one and I so very much wish that weren't the case.