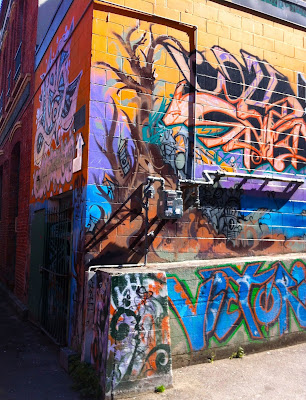 Even though I'm telling some truths here... apparently... I still won't tell you what my job is/was.  To me, that's just not worth the risk, even if said risk is wholly imagined.  So I am still a spy, and have been for a while now, k?  K.

But... there are a couple of other things I'd like to get off my chest.

First of all, while I only ever say "my brother", I actually have more than one.  I am the youngest (ta da!) but my "genius" of a mind thought that if anyone ever suspected this blog was me, they'd see I never referred to my brothers plural and they'd be like, oh, nevermind it's clearly not her I AM SO SMRT LIKE SCOOBY DO SMART YOU GUYS!!!

And, I'm treading carefully here because family privacy... I am very happily an Aunt.  Something I've not mentioned here (as far as I know/recall.)  The eldest of those delightful creatures turned 17 a few weeks back which is likely what brought me to thinking so much about my age, because HOW HAVE SEVENTEEN YEARS PASSED SINCE THEY WERE BORN!  I am fully understanding now of those Aunts who say "I knew you when you were SO SMALL" because I did.  I knew these beings when my brothers and their wives shared their pregnancies with us and I met them all when they were teeny tiny things you just wanted to SQUISH.

Confession:  I still want to SQUISH them... yes, even the 17 year old.  But I resist.  Sometimes.

I haven't, with Covid, seen any family (in person) other than my parents since March.  I miss hugs and cuddles and asking questions about books and school and hobbies.  I know there's Facetime and the like and I do get texts (or replies to texts) from time to time but it's been a really long time since I sat on a couch and a little person scrunched up against me to show me something.  Ok... now I'm getting teary...

I chose to not mention my Aunt-hood because they're children, but being an Aunt is definitely something I value.  I am also an "Aunt" to several other children in my life who are not blood related, but the children of some of my dear friends, and it's a new role to me as I didn't really grow up knowing my Aunts.  (There was only one who lived in Canada and we didn't see that family much at all...)  So I don't really have Aunt role models to draw from, and I don't see any of these young people as much as I'd like, but that's also ok as "old people" aren't really all that cool once you're out of primary school (right?) and with Covid now... well... yeah.

But man, seeing your sibling(s) as a parent is a trip, eh?  And while I'm not sure my brothers and I look all that alike, man oh man do those kids look like the photos of us when we were kids, but in a way that makes you go "holy crap genetics!"

I'll just keep on referring to "my brother" here if/when I do talk about a brother because technically correct is still correct and there's no real need for me to describe whichever one of them I happen to be babbling about at the time.