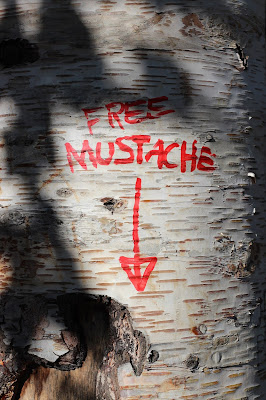 Last thing I remember it was somewhere around Christmas?  And I was super stupidly stressed and now it's the end of January so... that's a thing that happened.

I mean, of course I have actual memories and I know the time passed, I just... like I attempted to say the other day holy crap this has been a lot.

Good things can be stressful too, eh?  And so since I don't remember what I have talked about here... In 2018 I found myself needing to lease a laptop.  And as part of the lease, a year in I had the option to buy it out.  I did not want to do that as the laptop had had issues since day one (I literally took it in within weeks of having it) and, well, I also did not have the cash to buy it out anyway.  Two years in though, I had the option to return the computer and start again with a new one, which is what I chose to do.  In November.

But... Covid, and life and whatever else and the new laptop was on order and taking a very long time which was fine until the first one decided to munch its own display basically on Christmas Eve.

I muddled through as best I could until they were able to take it in (thanks holidays!) and then I babied my very old remaining laptop to do the bare minimum until the sick, initial laptop got back to me nearly a week and a half later.

Now I knew that the new laptop would "brick" a bunch of the software I use as it wouldn't run with the newer OS and I'd been holding off on system updates and was two "behind".  I wasn't sure if the new laptop would be one of the new M1 chips or what... if that mattered... but I also wasn't sure if it would be one OS ahead of mine or two.  Either way, I was pretty sure I'd be losing the software I use for creating digital art and the software I use for photo editing.  Not the end of the world, surely, but an inconvenience, and one that would cost money to fix (aka upgrade.)

Fast forward to early January and the United States has an incredibly stressful-to-me attempted.... whatever you want to call it... insurrection/coup attempt/riot/protest gone very wrong and my anxiety and stress shot through the roof.

And then impeachment and then I, and so many of us, were incredibly afraid and worried, and in my case horrifically anxious over what MIGHT happen on inauguration day.  Like if my anxiety went through the roof on the 6th?  That felt like nothing compared to the anticipation of something worse... The riot was unexpected.  This was... expected, which is like anxiety's favourite thing...

And around that time my parents asked me if I'd like a very special gift for my birthday - an Apple Watch.  Or, they said, very generously, something else like that to help with my fitness as I'd seemed to get a lot out of the FitBit they'd loaned me.  And I stressed.  I stressed because it's hard for me to accept people spending money on me sometimes.  And I didn't know that I really wanted one or would use one.  I stressed and I stressed and I researched and I talked to people who have one and I just didn't know what to do.  (Anxiety tends to compound and make simple things feel impossible and overwhelming.)  So I said to them quiet honestly that I didn't think I needed one but they said they'd really like to get it for me if I thought I would use it so I said thank you very much that would be lovely.

Well, as fate would have it, it arrived the day before my birthday so I was able to see my parents (outside, at a distance, with masks) on my birthday which was nice.  And then the new laptop arrived on my birthday as well and HOLY BLEEP did I ever stress about that because, well... because I was already at max stress.  Sigh.

Thankfully they allowed me to take the new lease home and keep the old one to do the data transfer myself.  Which I did.  But the two OS upgrade made things a mess and Jason (who has spent time in the IT world) offered to help "fix" it and then he spent the entire weekend doing... I don't even know what and I spent the entire weekend stressing over him helping and stressing that he'd miss something and so while he was working on that I offered to help with errands around his house and that was satisfying (I do like a good tidy up) but also because I was so so so stressed out it stressed me out even more and, well, I'm not a mechanic but something about when an engine gets too hot it like seizes or something?  Yeah... that.  But in human form.

So while I tried to figure out a new OS (which I DO NOT LIKE) on a new system and cringed while paying for new software (I HATE HATE HATE SUBSCRIPTION MODELS) and because I was completely overwhelmed I kept making things harder for Jason by accident (my brain was fried, I was a wreck) oh and on top of that I was trying to learn how to use the new Apple Watch (which is amazing and beautiful and stunning engineering but also a LOT) and then my brother sent me flowers and that was a lovely surprise and the my other brother sent me a weighted blanket (which I didn't even take out of the packaging until two days ago because I just wasn't able to deal.) And it's like my family was so generous and thoughtful and even that feels a little overwhelming as I type it but it may have been a super stressed out birthday but my family knocked it out of the park in terms of thinking of me.  (I'm very lucky.)

The inauguration (spoiler alert!) went fine (even though I tried to stay in bed that morning in case anything bad happened.) and I returned a completely wiped former lease (thanks Jason!) and the new laptop is continuing to get set up and sorted (with so so so much help from Jason who has been baffled a few times by this OS but still is figuring stuff out).

On TOP of the new laptop and trying to put the old laptop onto it safely and effectively while navigating a leap of two operating systems and learning the new Apple Watch and trying to figure that out and also being irritated by wearing it (it's larger than the FitBit by a significant margin) like physically irritated (agitation for me comes with physical irritation, like if I'm super stressed, clothing can really literally rub me the wrong way.) I was also dealing with possibly losing some vital information (banking info, health info, etc.) through the transfer OH and HEY did I mention having to also deal with life and work stuff AT THE SAME TIME OH MY GOD?????

Yeah, it's been kind of non stop stress this last while.  Like, really.

I have been relying on medication far more than I'd like and even then something that usually would knock down my anxiety by a good margin didn't even make a blip.

Even counselling during these last few weeks has felt like a non starter.  But as my counsellor pointed out, I'm still getting things done (not blogging though, sorry! or art for that matter) and this too shall pass.

New laptop seems to be clean of the issues the old one has (AND NO MORE BUTTERFLY KEYBOARD YAAAAAY!) and I'm slowly figuring things out and I'm trying to give myself a break on things but my main focus right now is to try to get my physical body system to reset, like to bring that PANIC FEELING down to a mild "oh, I'm a little worried about something" sort of feeling.

Oh, and I forgot, there have been other crises... friends with major issues, even friends of friends in actual life crises.  And hey, VIHA (our local health authority) called me two days ago but didn't leave a message and of course my anxiety is like CONTACT TRACING OMG but I mean I don't see anyone besides Jason and if he had Covid he'd tell me.... so.... maybe just, uh, a wrong number? (please?)

So these last (when was Inauguration... 20th?) 9 or so days have been an incredibly stressful and not at all calm stretch.  I need a break.  Or, more honestly, I need some genuine chill.

I have plans already for this weekend to help Jason with some tasks so that's not likely to be restful but I'm going to have to carve myself out some time here to just... not.

Although even that's a little tricky as I've shifted browsers and as much as you might not understand what I'm about to say... using this new browser is just different enough (visually I suppose) to mess me up and not feel the same kind of mind-numbing relaxation I usually turn to for my distraction from anxiety.

So I've probably babbled enough for one post and I'm not entirely sure I said words that make sense so um, happy weekend, I'm fine, I'll get back to posting as soon as I can figure out a whole lot of shit on this new system.  (Like holy shit you guys so much... so so much to figure out and sort.  Damn.)

I hope things get better soon.

I hope writing that post helped a bit. I hope things get better for you in the near future. Hugs.

I'm sorry you've had so much stress to deal with! :(
And happy belated birthday!

Thanks Yvonne, I appreciate it :)