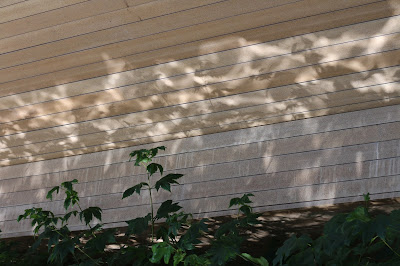 One of the things I'm quite worried about... soon, is me needing to wear a mask for longer (when I start spending time around others.... with the whole... you know.... thing I don't want to talk about thing.)

I have a touch of claustrophobia.  Sometimes it's better than others (I once was unable to get on a busy elevator when Jason and I went to Vancouver for a concert a few years ago...but other times I just pop right on in.)

I have found a few times that this can be triggered by wearing a mask.

I first found out about this at Burning Man.  You get dust storms out there.  Some mild, some whiteout condition (some brutal and extended) and you really should wear a mask to protect your lungs from that dust/particulate matter.  So when I first went to Burning Man, I bought N95 masks.  (And after that first trip, a reusable one with ...uh, exhaust ports?  that is no good for Covid because it doesn't protect others.)

First time I put on a serious mask, vs the bandana I use most commonly during mild dust storms, I got panicky.  It felt like I couldn't get air.  And that's the kind of thing that once you start thinking about it it gets worse and worse.  (Panic begets panic I suppose.)

At that time, the choice I made was to take off the heavy duty mask and just wear my bandana so I could calm down a little.  But there have been times I've been in a white out of a dust storm (and could tell it might be a long time til the air cleared) and I knew I needed more filtering than the bandana so I pulled on the serious mask and did my best to keep calm.  (It helps that the last time this happens it was at night so the heat was manageable so I didn't feel quite so much like I was suffocating.)

Since mask wearing became a thing in what Burners call " the default world", I've chosen to not put myself in public very often, so haven't dealt with mask wearing all that much.  And when we were in lock down, I wasn't going anywhere at all.  And when things did open up again, like massage and acupuncture, the practitioners wore a mask but I had the option to not wear a mask and so I would talk to them about the fact I was barely leaving the house and that I would prefer to be maskless (when face down.)

When our province instituted the mask mandate, not wearing a mask in sessions was no longer an option and so during massage and acupuncture for the last while I've been wearing a mask during treatment.  And I have had to deal with the mental struggle that comes along with that.  The feeling of not being able to breathe.  And especially when face down, really really feeling like I wasn't able to breathe.  Which, to be honest, has made me want to skip appointments as they're no longer as relaxing as they used to be, but I know how much my body appreciates the appointments, so I have kept them.  But I do struggle, even when face up, with the panic.

Oh, and my face quite likes to have little mask acne breakouts when I wear a mask for a length of time so that's a fun bonus!  (NOT!)

I've also noticed, of course, that exertion while wearing a mask is not my favourite thing.  Again, anxiety without masks often messes up breathing for me.  I had a panic attack once in a meditation course because we were to focus on our breath and I over-thought and freaked out.  So adding the mask to exertion that causes changes in breathing?  That triggers anxiety or panic for me.

I am aware that I could say that I'm medically unable to wear a mask and, like, not wear a mask but I am SO not about to do that.  I know that wearing a mask keeps myself and others safer, and that's my priority.

I'm thankful I don't have an actual breathing issue like asthma or bad allergies or anything and I'm not expecting a whole lot of exertion while mask wearing to happen, but I am awarely nervous that wearing a mask for longer periods than "just popping into the library" or "going downstairs to check for mail" might bring some struggles for me.  I am aware of that, and nervous about it, and not sure what I'm going to do if it becomes an issue.  Ask for a break I suppose and see if I can go outside, remove the mask and get some deep breaths?  I don't know.  Hopefully I don't have to find out.

And as for the breakouts... I will try to wash my face more... although I don't think I'll be able to do that at workplace, or in my car on the way home, so.... *shrug*.  And I have super sensitive skin so I can't bring along like, I dunno a wipe or something.... I mentioned it to C-Dawg and she told me about a colleague who had an issue with this and that person bought a spray with salicylic (I had to google that and it still tells me I've spelled it wrong?) acid in it and sprays down her masks, so I might try that... although I did give a mask a spray with it the other day and then got all panicky anyway because of the light scent... sigh.

I hope, I really hope that I'm borrowing worry and that's it's a non issue.  I hope I have no concerns or problems wearing my mask for longer periods of time.  (I also should really probably wear the filters that I bought for my mask that I haven't been using since I don't go anywhere... but that's another layer of difficulty breathing so it's hard to know.) Sigh.

C-Dawg told me it took her a bit but that she's totally used to wearing her mask for a full work day now, so I figure that will happen for me too.  I also know some masks give me more of a problem than others, and unfortunately I think that means the ones that stress me are protecting me better but, hey, you know... I'm doing the best I can, right???

I know some professions have always worn masks all day every day and I bless them for that and I'm not complaining, I'm just saying that honestly, I've had a few panic attacks here and there (even pre-Covid) from wearing a mask and I'm anticipating I may have to work through that in the coming... chunk of time.

Worry on lay away?

I'm frustrated at how our brains mess with us so much. I really hope this does turn out to be a non-issue for you.

I am very fortunate to be working from home (I'm immunosuppressed, so leaving the house is a big undertaking) but when I do wear a mask, I have problems with acne too. And I have sensitive skin. Have you ever used micellar water? My dermatologist recommended I try that instead of make-up wipes, and it works. I have a small bottle I keep in my purse along with a ziplock bag of cotton rounds. Helps in a pinch.

Oh thank you Kandijay! I will look into this right now! *hugs* Stay well!!

Thanks, so far so good *fingers crossed*.

I hope it works for you! Stay well!