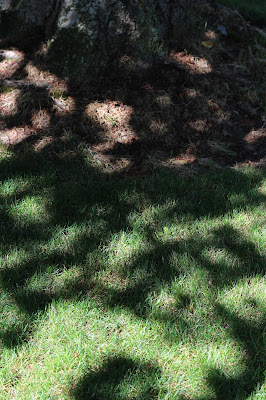 I'm not asking for correction here, or for placation or sympathy... I'm venting and babbling in an attempt to figure stuff out.

Like, nothing at all.  And then I hate myself for it and then I get mad at myself for being mean to myself and still nothing changes.

I suppose I'm talking about skills.  Skills that also can and often do involve talent, but I'll ignore the talent part for now.

I'm most often talking about things within the creative realm.  Painting, drawing, writing, building things, playing instruments... creating something.... I am (in my view) bad at so many of those things.  And I compare myself constantly to experts.  Or if not experts, at least to folks who have spent a lot of time learning and trying and practising and working and honing their skill or craft (and who probably have talent in that area as well.) Like I listen to a song by the Tragically Hip and I think man, I wish I could write like Gord.  I can't play guitar like Paul.  And I can't perform as freely as Gord did.  And then my brain continues with.. therefore I SUCK.

Sometimes I do try.  I play my ukulele, I even recorded a song I made up a few summers ago titled "it's too hot to sleep now" because it was too hot to sleep.  And when I played it back it was... awful.  Even if I thought it was maybe half decent at the time and I wondered about finding someone to play with and flesh it out and then I heard it again and was like OMG I am terrible.

But do I try?  Do I push myself?  Do I spend time every day (or even most days or any days) learning or practicing?  NOPE!

Have I bought books?  Instruction manual type books?  Yep.  Am I aware of the internet and the likely endless tools to help?  Yup!  Am I aware there is some cycle happening here?  Yes.

I used to be able to draw quite well.  I know this because I have the physical evidence.  Like I done did draw that there thing, *I* did.

But now when I try I don't like what I see and I keep giving up.

Is it possibly partly due to me being unwell for a few years now with depression and anxiety?  Possibly, but "taking it easy on myself" only lessens the unkind internal words, it has yet to motivate me to do daily anything.

I mean I exercise daily.  Perhaps not as much as I could or "should" (god I hate that word and what it does to me), but I do.  I move every day.  Maybe that's more fair to say.  I move every day.  I get steps in.  I raise my heart rate.  I do that every day, so I know I am capable of doing something every day.

And I have done photography 365 (one a day) projects before and I have gotten degrees from Universities and so I know I'm capable of study and learning and regular practice.  I just can't quite put my finger on why I'm not doing this with things I think I would actually like to be working on... Writing.  Art (especially realism and drawing).  Music.  And yes, my fitness level, although that's not in the same realm.

You know I don't set myself up with resolutions anymore, and this year has had a hard start so it's not been a priority to set intentions or goals or what have you.

I had the thought (which I may have mentioned here?) about how if I'd started drawing once a day (or writing or or or) when I first got sick, I'd have all that time (five fucking years) under my belt and I'd be five years better.  So I try to apply that to "five years from now" or even "next year".  How much better could I be if I practised my ukulele every day?  Drew every day?  And on top of that, how much less time would I spend mindlessly online were I doing other things instead.

Like, I get it, I do.  I know part of me wants to.  But so far, nada.  I've had stretches, for sure where I did or where I tried.  But consistent learning and practice is eluding me.

I would like that to change.  I guess I'm finding it hard to get going.  (And keep going.)  And part of my brain just keeps throwing heavy negative thoughts at me. Oh plus, you know, panic attacks and sometimes just trying to get through the day and while I love looking at other artists I do know it tends to bring me down because more often than not I end up thinking "man, I'm no good compared to them" or "look how much work they put out" or "they work so much harder than I do" and that's a lose lose thing.

I realized a few months back that I don't really know how to positively motivate myself.  Like it feels like I've spent most of my life using the stick as motivation and I don't know how to use the carrot.  It's quite confusing, really.  And perhaps part of me doesn't see the point?  Like get better at something, why?

Questioning.  So much questioning.  Would have been nice had I gone through this several decades ago, but here I am, and this post is part of an ongoing attempt to figure it out.

Edited to add:  I closed this post off and then thought to myself "not being good sucks, so practising sucks". And I think that's a fair point.  I don't enjoy the act or the feeling of not being good and so there's not a lot of motivation to sit down and not be able to get the F chord, or not be able to draw an apple that looks like a fucking apple.  (Ok, now I'm picturing apples having sex... my bad, I just got upset, sorry if I now also put that image into your head but hey, let's be honest, I'd love to be able to draw an actual apple and a cartoon or something of apples having sex!) Sigh.  Maybe that's part of it all... practising is not really fun or enjoyable and right now just serves to remind me I'm not good, or certainly not as good as I would like to be.  Makes me wonder how I'd do if there was something I'd never tried before and was starting from scratch... would I let myself be "bad"?

Posted by Victoria at Wednesday, February 10, 2021