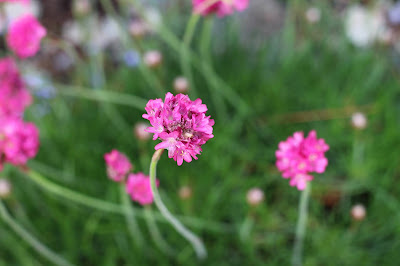 Like, honestly, I don't even want to mention the topics here in case someone reads it and "yells" at me and then I screw up even more by trying to say no, I get your point and I understand your side, I'm just trying to figure out a big picture and my thoughts about it all?

Am I even making sense?

I think for sure I spend too much time online and would be much much happier if I didn't... if I had never joined social media and just stuck to reading blogs and... whatever else I did before I met Jason and he said I "had to" join the book of faces and twitter and wherever else.   Honestly though, I was never going to join Facebook, I never wanted to, I wasn't going to.  Some conversation with him around sharing my art and photography outside of flickr and he seemed to make sense.  He's probably even right.  I think certain social media sites are so ingrained in, say, how an artist-type is "seen".... but yeah, it was Jason that told me to, and I kind of wish I hadn't.  But now I am and that's just that.  But anyway, I digress...

When I'm on these sites, I see the... what, what do I call it?  The divide?  The hatred?  The "it's not us, it's you" from all sides?  The anger at what sometimes feels like everything.  People say something and someone is angry.  Hurt.  Upset.  Or maybe just purposefully pushing buttons back.

To me, it feels like if I say "I like Spring days that aren't too warm" someone may just see that and tell me that I'm wrong and don't understand and something something and I'm not saying that person is wrong, it's more my fear around the conflict.  The fear I have around people thinking poorly of me.  If I say I like dogs, someone may tell me cats are better.  And, yes, I'm using simple, easy, comfortable examples here.  The truth is I want to talk about big, heavy, upsetting things.  Like how people are coming forward more and more regularly and saying that "person in position of power or wealth or fame" was bad in some way.  I want to talk about the structures and social norms that have encouraged these things for decades and generations.  I want to talk about things that are beyond my pay grade and beyond my current education.  (I do have a degree in psychology and sociology because I loved the studies... but that was a fairly long while ago now... I haven't kept up on the learning and I also am more aware of the bias inherent in higher learning and education.)

People and humans and society interest me.  And I want to have conversation around that.  Sarah and her dude are two dear friends I have always been able to have those types of conversations with and no, not because we see eye to eye but because we respect and listen when we have those talks.  But, Covid.  I haven't seen them... I think once this year I did, but that's it.

And online?  Doesn't feel like a place where conversation can be had.  I've seen that play out time and time again on pages and forums and posts.  Especially with strangers.  And I know that here is, in theory a space where I could do that but I still don't feel comfortable enough to do so.

Partly, if I'm honest, because I don't feel smart enough.  Really.  I have the basis of thoughts and ideas but nothing much to back them up.  And I don't have the personal experience, and I'm aware of that.  I could try to talk about how men and boys have been brought up and socialized for generations, but I'm not male, and I don't want to speak for anyone other than myself.

But damn if I don't have thoughts.  Thoughts and feelings and opinions and wonderings.  But I'm scared to anger someone.  I'm scared to receive upset reactions.  I'm scared to have my thoughts picked apart or belittled.  I don't know, I just have not yet become a version of myself who is ok with conflict and being fully and apologetically myself.  I'm scared of "being mean" or something, I don't know. I'm scared of making a stand I guess, knowing that others will disagree and "be mean" to me and "dislike" me and I don't want to add any negativity to the world so I guess... I don't know, I guess I'm in some ways, afraid to be.

Have you read any of Heather Havrilesky? She writes the Ask Polly for The Cut. I find her writing very inspiring. She also has a newsletter that is great. Here’s the most recent one https://askpolly.substack.com/p/how-to-stop-trying-to-be-better

Thanks HD, will take a look :)