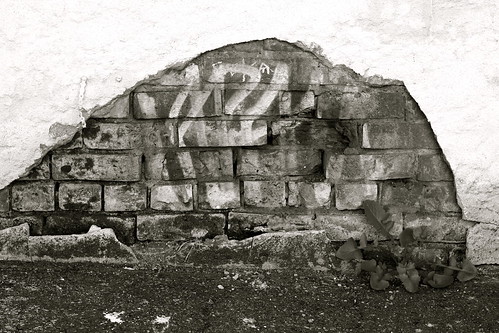 I know I didn't post yesterday.  I realized it Sunday evening, and was going to get up and say something Monday morning but I stayed at Jason's Sunday night (I don't know why saying that makes me blush but it does!) and when I tried to log in, I couldn't remember my password.

I only worried about it twenty times or so!

So, yeah.  Still feeling overwhelmed and I've put away the disaster zone that was my unpacked bins from last year.  (I hauled them out, and opened them up and re sorted and all but it was so overwhelming and I'm glad things are back to being tidy...ish.)

Connor and I are still waiting for his ticket to arrive from the States.  We're both trying not to be nervous that it might not work somehow, but of course that's on my mind.

And I'm nervous about going again, even though I'm also so excited and happy and emotional about going.  It's just that I don't know what to expect (again) other than what I know from last year which was it was hot.  And very cool.  And so much to do and see and... I'm nervous.  And being nervous about it means I'm finding more and more things to be nervous about (even if they don't make sense.)

Like when I left Jason's Monday morning I wanted to cry.  He asked why and I said that I felt like I was never going to see him again.  He gave me a hug and said "you know I have your bike, right?"

And yes, I mean, I know this, and we're going to try to work on my bike this evening after work so I *know* I'll see him again but my worry-monster has me feeling like everything's a major freakout and it's not a fun feeling.

And then I got all upset and asked him what would happen if I came back from Burning Man and I didn't like him anymore!?

And he said that that would suck but he would hope we'd still be friends and I wanted to just bawl and tell him that NO NOTHING WILL BE OK EVER AGAIN!

I has it right now.  Apparently.

So, Connor and I are supposed to leave Friday morning (at effing early o'clock) and I'm feeling time pressure to pack (pretty much already done) and get my bike back (Jason says not to worry, he'll have it done Wednesday night at the latest) and get that damn ticket for Connor (because if it doesn't.. I'll have to drive myself and I'd really prefer not to for so many reasons!) and then I just have to not worry about the other things my brain tells me to worry about (mainly my stomach, which was no problem last year and so why am I worrying about it? I don't know...)

Oh, wait, let me worry about posts!  OK!  I can never write again because my brain is so frozen and this blog will never get posted to again because I'll have to come back and go straight back to work and I'll never find a minute to say anything and... and...

Time for some mindfulness meditation methinks.
Posted by Victoria at Tuesday, August 19, 2014

I forgot how much I loved your blog until this post :)

*runs around in a crazy circle flapping my arms and making weird noises* GAH!

*Stares out window...spots person backing away...gets all shy and crouches down hoping no one noticed anything*

*Continues flapping on the floor*

I'm not sure whether to give you a high-five or give you a hug for being so darn cool. I really don't.