An Addiction, I Figure 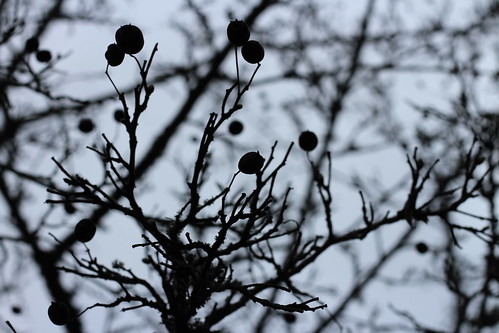 I've been feeling miserable lately when I spend time on the internet.

Having connected to some new-to-me social media networks in the last six months for my "other" writing persona (sigh) I've found they can occasionally make me feel happier, but more commonly bring me down.

I don't know if Jason was right in saying that I needed to be connected to all these sites and while I suppose I have connected to some people I ordinarily wouldn't have been able to connect with, it's also ... just not been good.  I don't feel like harping on the why and I'm sure it's partly my fault and I should just ignore and limit my time, but it's sort of addictive.

I used to wonder why my Dad seemed so hooked on the news... it was all so negative, how could he stand it and why was he bothering.  And then I find myself obsessively checking the same social site twenty eight billion times a day just to see if there's anything new.

This is not necessarily a new problem for me.  I had to ban myself from Stumbleupon years ago and a few other sites that were either draining my time (and life) or my spirit, but because Jason suggested these sites would be good for... whatever might come of my writing... I feel like I "should".

Plus, with things being not so awesome since I've been back, I've been blue... and have been trying to distract myself with .. well, the interwebs.

I'm hoping it's just a phase, but I know that it's one of my struggles.

Distracting myself... with things I find on my computer.

I need to go back to Burning Man where the world was so entertaining all I needed to do was sit... and look.... and be.

But seriously... I just did it again.  Took a break from posting.  Went to a particular site, looked at this, that and the other and started getting angry, making up stories in my head and f*&%.  I hate it.  Time to look at changing things I think...
Posted by Victoria at Friday, September 19, 2014

I have that problem with my phone and work emails. I have responsibilities for North America and have plants in various time-zones and bosses in Europe and I find it almost impossible not to answer emails when they hit my phone.

If you figure out a way to stop, please post it. You'll be doing a service to hundreds...probably thousands...maybe millions of people.

It's not just you. We're developing into a society that demands instant information and we collectively have the attention spans of gnats.

I've found getting on a bike, or walking path, or golf course every day gives me some time to unplug and unwind...and focus on nature for more than a millisecond. Which helps a bit.

Definitely time to look at changing things, if only because the things you're doing right now don't seem to be working. Distraction is definitely one of the better ways to cope with being down, but most of the really good distractions (exercise, being outdoors, other people, good food, etc.) take more effort than clicking a few links on the interwebs. In olden times, you'd probably be watching tv on the couch in your pajamas and eating ice cream, claiming it was "research" for some script you were working on.

Wish I could help distract you in good ways, but I'm also pretty confident that now that you've decided to do something about this, you will figure it out. Maybe you can't go full Burning Man here (pretty sure running around in very little clothing and just glitter would not fly on our streets, except maybe during Pride Week), but a little of it might work better at making you happy than link-clicking or social media.

And while things might not be so awesome since you've been back, I want to remind you that you are still awesome, and this has to be a temporary state-of-affairs. This is just a brief smudge in a much bigger picture you're painting.

Man Elliott, I don't know how you do it, I would be so stressed with that much responsibility! And so far, the only way I've found to really, truly stop it is to go somewhere (remote camping, Burning Man, etc.) where you don't have wifi or cell service. Then you get that time away and discover the world didn't fall apart without you and ... it's a massive relief. And yeah, nature helps a whole lot too. Especially if you're doing something that doesn't allow for phone checking :)

Thanks for the reminder Jason. I really hope you're a counsellor in real life because you say the nicest things :) Plus, I love the idea of going "Full Burning Man" Heh. (My bike is still in full burning man mode... maybe I should take it for a spin... freak people out a little ;)

Excuse me? What is that other writing persona I just read about? :)