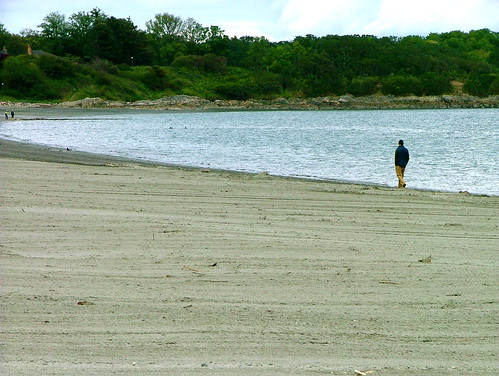 Jason and I went out to take some photos this weekend and he came back to my place and helped me look through some of what I've done lately.  He also gave me a few editing pointers and I ended up with a shot I liked enough to put into a challenge.  (No, not this shot, this shot is from about five years ago, and even I can see that were I to take this same shot today it would be "better."  Or at least different.)

I posted the shot up on the forum and on my flickr and waited to see if anyone would have any positive feedback on it.

A few hours after I dropped Jason off at his place, he posted up one of his shots from our afternoon's adventures he posted a shot of his own on flickr.  And oh my... it was exactly what the day looked like.  Ouch.

Kind of a kick to my ego.

And then I realized something.

Jason and I had been talking about dance earlier, and how I feel it's such a wonderful art form and different from photography in that it's dynamic and the artist is part of the art whereas with photography the artist creates the art but the art is static.  (An interesting topic/idea that's not really the point here.)

I realized though that I've had years of dance training and experience.  Probably as many years of dance classes as Jason has had years of photography skills.  So... if Jason and I decided to go on stage and perform the same dance piece... well, to put it kindly, my dance performance would be much nicer to watch than his.

So with this in mind... why am I comparing my photos to his?  I would be proud of him if he put together three tap moves wouldn't I?  Or if he learned a line dance?  So why shouldn't I be proud of myself for taking a shot that's good for the level I'm at and why would I compare my work to someone who's in an entirely different league than I am?

And why do I still think I might have problems with this comparing thing even though this is a brilliant realization?

I can out dance Jason.  Jason can out-shoot me.  I'm learning to shoot better, and I'd be happy to teach him some line dances if he wanted.

This is a brillant realization and I hope it allows you to enjoy your hobby of photography more.

This is a tough realization for people who tend to lean to the perfectionst side of the scale.

I need to remind myself of this more often too. Especailly when it comes to golf...which is supposed to be an activity that relaxes me.

E, you could out golf me no question :)