This town's had compost pickup for a while, but January 1st was the "you're not allowed to put organics in the garbage for reals anymore" date. 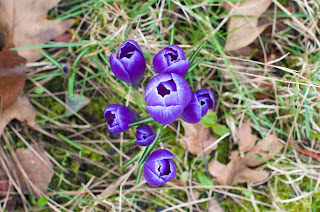 And while my apartment building was not terribly helpful (ie. didn't buy us all kitchen compost buckets) having the large compost bin out by our garbage and recycling bins meant I could actually start composting.

Composting done well is great.  Composting done poorly is gross and nasty and stinky and makes fruit flies and mold and ewww.  I grew up with a giant compost in the back that my parents would use to fertilize our gardens so composting has never really been a big deal to me.  Living in an apartment without a compost bin is harder though as it would have meant collecting my organics and taking them to a site regularly and I wasn't willing to do that. (sad face)

So when the pamphlets showed up in our mailboxes I researched kitchen compost bins and ordered one that promised to keep away smells and stuff and it arrived a few days later and off I went.

Am I taking the garbage out less?  Not sure.  There's still a ton of stuff that doesn't get recycled or composted... and I have to take the compost out every couple of days or else it gets on the iffy side smell wise.

I am happier to be composting, even if it's another step to think about and it did take me a couple of days to retrain myself to not just chuck organics in the trash can.

So, yeah.  Now I have the ability to not throw out paper, plastics, and organic materials.  It's surprising how much of what was going out in my garbage can be composted instead.
Posted by Victoria at Wednesday, February 11, 2015

We have been composting for years. It's amazing how much goes into the bin and it never seems to fill up as the organics decompose. It's amazing to watch.

With all the recycling and composting and kids off at school, we only put garbage out once every two weeks. And that feels pretty good.

I leave my food scraps in a bag in the freezer... no smell of fruit flies :)