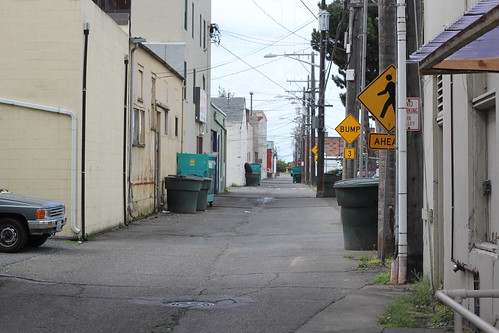 I had another dream of taking my parents to Burning Man.  (Assuming I told you about the other one.....which is why I say "another"... because this isn't the first!  Ahem.)

Seeing as these are apparently stress dreams, it was yet again another non-restful situation.  Nightmare-esque in its stress level.  And weirdness.

So there we were, at Burning Man.  Except whenever I dream go with my parents it's very different.  Like very actual city like... (which it's not) but, yeah, so we're there and out for a walk but my Dad's still wearing his long pants and shirt and so I'm worried about him because of the heat (he won't change into shorts because this is a dream and I'm worrying... apparently.)  So this is upsetting, but not much I can do about it as he's an adult making his own decisions.

Then the three of us are walking back through what's basically like how I remember Bellis Fair mall and I turn around in the massive crowd of people and can't see my Mom.  So I stop to try to look for her but Dad's not worried about her so we just keep walking.  But I keep saying that I don't think she can find her way back to our camp and so I'm worried about that too.

So basically it's horribly stressful to take my parents to the dream Burning Man because it's never as awesome and I told them it is and then I worry about them.