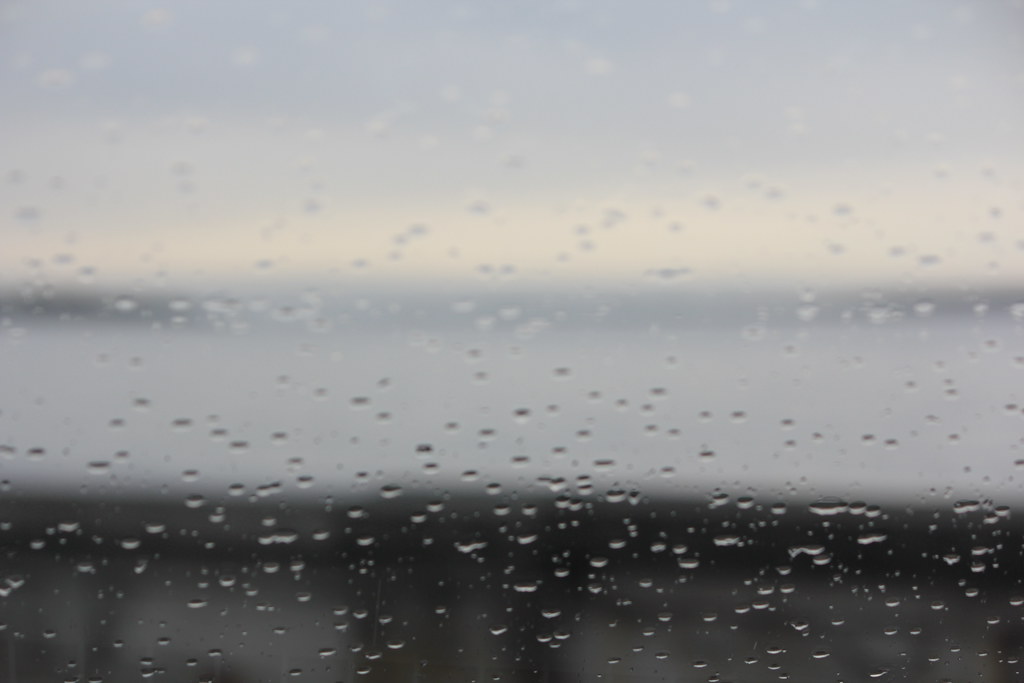 I say this because I was lying in bed last night, listening to the rain they'd told us might be snow, and then reneged on their promise, and the rain was hard.

It was hard and spiky and I got up to see if it was maybe slightly snow and I realized... rain changes.

Sometimes the rain is big and soft.  Fat drops that squelch into whatever they hit.

Sometimes it's a drizzle... a mist that sticks to you but doesn't actually fall, it just hovers in the air like a blanket you walk into.

Sometimes it's wetter than others, and sometimes it's slushy... not quite frozen enough to become something else, but not quite rain.  (I call that "snain"... snow/rain.)

So as I lay there last night, listening to the not quite snow hit sharp and small against the window I wondered how many people don't notice that rain changes.  That there isn't just one rain.

You call it snain too? I called it that jokingly to a coworker once (he's from Bermuda and had never seen snow before and was mistaken) and we both refer to it that way all the time now.

i've never heard of snain before - we don't get snow in these parts.

Snain might be freezing rain - apparently starts as snow but lands as rain.

There's so many different kinds of rain, and rain patterns. Like when it comes down so fast and thick its like a sheet of water...

And so it is now called Kandijay! :D YAY!

You may also never have heard of it because I (and Kandi too!) just made it up Solo Roving ;) But I can imagine a nice, not too cold drizzle mist would be nice :)

No, shush Jason ;) Freezing rain is something else, stop being sciency! ;)

Oh, and sideways rain? yeah... sheet and sideways and all sorts (and today's been interesting so far... right on that snow edge)