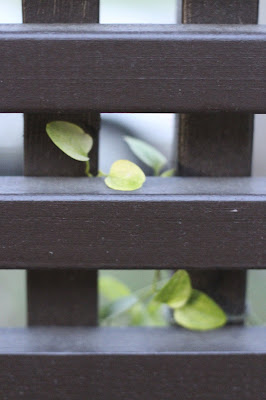 A couple of weekends ago myself, and at least one other neighbour that I spoke to, had to get through a really difficult night.

From time to time, I'll hear animal noises outside at night.  Sometimes I'm sure it's cat's fighting (or... the other f-word-ing), but sometimes I've looked out and seen raccoons.

I know they're around, probably more than most of us are aware, but yeah, over the years I've heard them and seen them and it's possible that some of that screeching is them rather than cats, I suppose.

But on this particular night there was an unusual noise that I wondered about and then forgot about as I watched whatever show I was watching.

I heard the noise again for a bit when I paused the show, but it wasn't until I went to bed that I realized this noise was happening pretty much non stop.

As the night went on, the noise got louder, and more horrifying.  I promise you I'm not exaggerating, the noise was really awful to hear... the raccoon was either terrified or in pain or some combination of both and the noise it was making was really hard to listen to.  I had no idea what to do.

Earplugs didn't help.  Closing my windows didn't help.  There was nothing I could see outside and I didn't think it was worthy of a 911 call... so I just... suffered through the night.  I assumed it would tire out and I suppose it must have at some point but the next morning, as soon as I was slightly awake, I could hear it out there screaming again.

And this happened all morning too.

I ran into the aforementioned neighbour who asked me if I'd heard that awful noise all night and I said yes and that I didn't know what to do.  The neighbour went into the next building's yard and saw that there was indeed a raccoon trapped in whatever kind of trap it was.  She (my neighbour) was then asked to leave and stop tresspassing so she too didn't know what to do next.

I looked up some numbers online and sent some emails and then got told to contact a part of the SPCA and it wasn't until Monday that they were able to get back to me.  I told them that this raccoon had been screaming for probably two days straight but that we hadn't heard it in a few hours (by Monday morning it had been quiet for a bit... I didn't know if it was dead or had been taken away or what).  They informed me that they were going to send someone to the address just in case and that those types of traps legally have to be checked every 24 hours (which is still a long time to have to listen to a terrified animal scream but fair enough.)

They checked in with me another couple of times, but knock on wood, I haven't heard anything since then.  I don't know if the raccoon in question is ok, or got moved or what.  My neighbour talked to someone else in the building where it occurred and according to that person the animal "control" people that their strata had hired said that they would "frighten off" the raccoons to "teach them a lesson" so... ugh.  And that the strata had gotten them to deal with the raccoons because they were digging up their lawn.  Which... the only thing the internet said was that a raccoon MIGHT dig up newly planted turf if there were worms/bugs under it for the eating.

I don't know how anyone in that building could have slept through that night, and I certainly hope their next strata meeting had a different tone to it.

As for me, I hope to never hear an animal struggling like that again.... certainly not for all those hours.  And I hope the little creature is ok.  It's hard to hear an animal in pain or fear, it was a terrifically upsetting experience.
Posted by Victoria at Wednesday, June 26, 2019

Though there are -so- many racoons in the city. On my way into work this morning, I saw 3 of them in 3 different areas dashing across streets.

Between them and the deer, it's no wonder more cougars are coming south.

SO many. We're a cute little city, but yeah, it's better if the cougars stay away :/