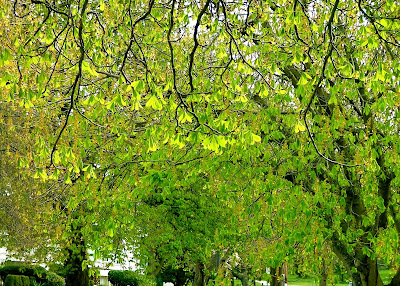 I know it's pretty pointless but I keep wishing I *knew* things about my car break-in.

Like, HOW it happened.  Because I feel like if I knew how it happened I could take measures to stop it from being so likely to happen again.  And as strange as it may sound I'd most like for it to be some error on my part that I can easily correct.  Like.. I left the door open.  Which... is very highly unlikely but if I could prove that I did somehow, then I could be like, well then I just won't do that again and no one will ever break in, yay!

And I'd like to know if my alarm was triggered or not.

I don't really want to know if it happened when I was home, sleeping not all that far away cuz that's just a nasty feeling/thought.

I know there's also no real point in trying to figure out why they took what they did, it was likely just "grab what you can" but some of it makes more sense to the story I make up in my head than not.  Like if I tell myself they're homeless/addicts, then they take the GPS stuff to get money for it and they take the gloves/hoodie for personal warmth.  Jason said they might have grabbed the notebook because sometimes people write down important things in notebooks... like... I dunno... banking information?  But if they were "professional" thieves, then what they took doesn't make sense.  Also, do I assume that the same person/persons broke into my neighbours' cars?  Probably.

But then I think... was it one person?  More than one?  Did they open all my doors?  Like, to get stuff from the back too?  And were they loud?  Or quiet?  Was it in the middle of the night like the "vandalism" (that I now think was an attempted break-in) when they know most people are dead asleep?  IF they opened all my doors did they slam them shut?  Or did they just open the driver's door and reach around the vehicle that way?  Wouldn't that have been annoying?  So... two people?

There have also been a series of tire slashings in certain parts of Victoria and if I let my mind think on that... what if it happened to me, and I didn't notice?  And tried to drive?  I assume I'd notice fast?  And then what?  No real point in thinking about it when it hasn't happened (anxiety in action) but I also had the thought of "why aren't we taught what to do in these situations"?

Like only once that I can remember, did my auto insurance broker give me a sheet that was like "in case of accident" and had a series of things to do.  It would be handy to have a few of those, because while we do "practice" earthquake drills and fire drills and things like that, when stuff actually happens... it's different.  And shock is weird in what it does to your ability to think and do.

But, yeah... I feel like I'd like to know the HOW and the WHY of this... but that's not likely to ever happen.  So I guess I just... try to move on.  (While not thinking about all the addresses in my GPS that a stranger can now see...sigh)
Posted by Victoria at Thursday, October 24, 2019

I know what you mean, the feeling of a personal violation. When my truck was broken into-a saturday noonish middle of a busy grocery store parking lot, made me wonder how that could happen & nobody sees? pretty sad & what was taken weird too - clothes,laundry soap,my shopping bags (I was most mad about the bags they were nice ones)I guess grab & go, I mean I was only in the store 20 minutes tops-was I being watched as I went into the store? Makes me look around in parking lots now but, I don't even know who I'm looking for haha but I still look/check, still a bit paranoid
brandi