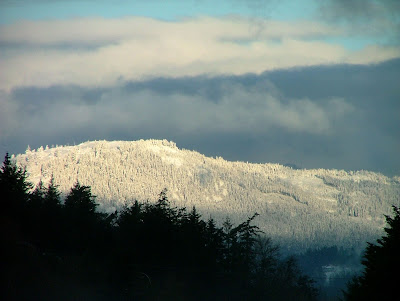 Jason and I have been re-watching the tv show Dexter.  We've both seen it already, but we sometimes have a hard time picking something to watch that we both want to watch and we were both ok with giving Dexter another run through.  (I mean, it's not exactly light viewing... being about a murderer and all... I'll say no more in case you want to watch it some day.)

I've always wondered about the book the tv show came from, and I finally got my hands on it and the funniest things are happening.

So, I read before bed, yes?  So I'm reading Dexter, and it's not 100% the same as the show but it's close enough, but the first few nights I was reading it I'd close my eyes and "see" what I'd just read, but kind of like my mind was replaying the tv version, which is funny because I don't see the tv version when I'm reading...

And then the other night Jason and I had watched an episode where Dexter's sister asked him if he wanted to go for lunch and he said no (I think he was avoiding her or something?) and then in the book that night she asked him to go for lunch and I was like "but she just asked and he... oh... wait..."

So, yeah, it's a funny thing to be reading about characters while watching a version of them, but "later" in the story line, on tv.  My brain's doing the best it can!

Posted by Victoria at Wednesday, November 27, 2019