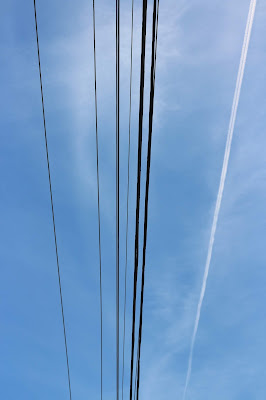 I had to smile the other day when I realized I'd turned into my mother.  Or, at least, I'd said something I've heard my mother say come out of my mouth!

All the books I'm interested in at the library have long waiting lists of holds on them, so I dropped off some books and did a quick wander into the YA section looking to see if one of the last in a series I was waiting for might just magically have been there (knowing that was unlikely but still... a gal can dream!) and I saw a book by an author I've read before and liked, and so I picked it up, was interested enough in the premise to take it out and so I did, yay!

And when I got home and took it out to look at it again, I realized what a big (600 page) heavy book it is and I said "that's going to be too heavy to hold in bed!" and boom, there it was, me being my mother.  I can't tell you how many times over the years I've heard my mother say this and so it made me smile to have that very thought.

Now it turns out that this book is actually kind of two books at once, which is, I think, what makes it so heavy and huge (and to be honest, I'd kind of like to read them as separate books and I kind of like one part more than the other, but I'm waiting to see how they tie together as the blurb said they would) and I've managed to read it in bed, but yeah, it's certainly not a one handed read and it does take some adjusting to get it read!

I bought my other half a huge sci fi book years ago, and she loved it, but complained bitterly that it was an arm workout - and couldn't be held for long in bed :)