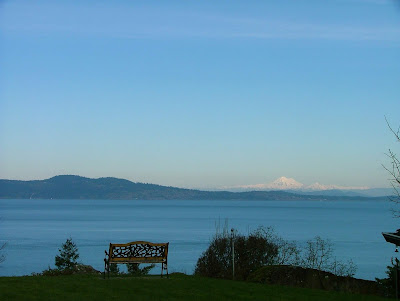 I can not speak to anyone's anxiety diagnosis other than my own, so please, this is a reminder to always keep in mind that this is my personal experience and nothing but that.

I feel like I have had a good few steps (leaps?!) forward this last while with getting better.  If that's how to term it.  Man, I'm nervous to speak about anxiety because I am not wanting to make anyone feel anything if they're suffering and although "advice" is in the name of this blog that was never meant to be anything other than a tongue in cheek laugh at my own expense.... anyway...  So I did a thing this weekend that felt like SUCH a huge win for me and it doesn't even matter if no one else understands, I'm so proud of me.

The gym I go to, and have gone to longer than I've had this blog, hello! has a pool.  And I have never been in said pool.  Nor have I ever been in said pool area.  And this, as it turns out, it something that when I would, in the past, consider trying to swim to exercise, I would run up against and stop before I even started.  See, for me, not knowing things can paralyze me.  As in stop me from doing things.  I've never really liked new things and new situations but since Getting Anxiety (TM) (just kidding) it's been pretty damn brutal.

So flash back to a couple of years ago and I wanted to try swimming for health reasons and Jason wanted to get back into it as well so we drove out to the big pool (a drive's away) a couple of times but then he wasn't able to and I didn't want to go by myself so I stopped.  Which is kind of like... meh.  Shrug.  But the gym nearer me has a pool.  Which... never been in.  Or near.

I've wanted to.  Considered it.  But it's always felt like such a huge obstacle for so many reasons.  One of those reasons was "ick my body" but I kind of worked through that at the other pool the other year... yeah so this is how I look now and if people are looking and judging well, meh... I don't have my glasses on to see them doing that anyway and I want to get some cardio in so here goes.  So cross that off the "can't because" list.

But the big one for me has been not knowing what the pool situation was like at my gym.  I mean, like... all of it.  From what was it like getting to the pool to what was the lane situation to how busy was it to could I wear shower shoes to is there somewhere to put a towel and just ALL OF IT IS SO MUCH AND I JUST CAN'T so I haven't.  For... ever.

About a year ago I sent an email to them asking about busy times and things but they never got back and I felt dumb and so for ages now I've thought "just ask".... like, just ask the front desk to give you a tour.

But then I stopped sort of managing to even go to the gym so... blah.  Meh.  Shrug.  Not a priority.

But I've been to the gym a couple of times over the last few weeks, and no I'm not talking about it because I don't want to do it for external validation I want to just surprise myself with doing it and being ok with it (and by the way I'm super frustrated with my body's complaints and seeming pain-injury-sensitivity stuff UNFAIR!) but this weekend?  I went in and I thought to myself, you know what?  Why don't I just go look.  It's quiet... I'll just... go and peek and maybe that'll make me feel better?

So I went, and I saw the signs about taking of your shoes so I went back to my locker and I took off my socks and shoes and I went through a bunch of doors and down a hallway and I followed the signs and, boom, pool!  I just kind of looked.  I saw some cubbies... I saw the lanes... and as I was standing there a lovely, friendly lifeguard came over and said "Hey, hi!  Do you have any questions?" and I was like YES!  I sure do!  I told her I'd never been in before and she said "here, let me show you around!" and maybe they're always this nice, or maybe it's just that they're expecting people for the New Year Resolution stuff but she told me where things were and I asked her about busy times and lane expectations (most pools have fast/medium/slow sort of lane arrangements) and it was great and then I thanked her and went back to the change room and man oh man am I proud of myself for doing that!  Because it's progress.  It's something tangible that I can say I did that thing that I've been too scared to do for a very long time.  I did it!  And someone might think it's a ridiculous thing to be proud of and all I can say is is that it's not for me.  I just... did it.  You have no idea.

But I do.  And I'm happy.  And hopeful.  And sure, at some point I may be embarrassed that I went (anonymously) public with this but f8ckit.  I did a thing I've been unable to do up until now. That's so great.
Posted by Victoria at Wednesday, January 08, 2020