By Osmosis I Assume 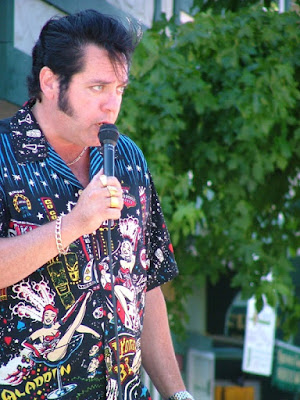 There was a meme I came across this weekend that was of a map of the USA and as the story went, a
"random German guy" tried to label all the states and the result was cute/funny.

Which got me thinking.... I wonder how many US States *I* can name, being a directly neighbouring country and all, and so I sat down and tried to write out how many US states I could think of (without cheating).  A few came right away (including 2 territories - go figure) and for a lot of them I'd end up thinking of a "big city" I'd heard of and trying to remember what State it was in.  There were some that I wrote to the side as I was pretty sure they weren't actual States, but... maybe?

I told some of my American friends this and they laughed (good-naturedly I assume!) and then talked about their schooling and I then wondered how many US presidents I could name and I got to 15 (Including some I'd heard about but couldn't name like "Guy who build dam" [Hoover] and "Guy with mustache" [Roosevelt].   All of these names I've really only ever picked up through either paying attention to news over the years (ugh) or mildly through history, or through tv shows or movies.  And then I kind of embarrassingly remembered that I wasn't sure I could remember as many Canadian Prime Ministers (or BC Premiers for that matter) and I realized we as Canadians really are exposed to an awful lot of American media up here.

I didn't ask my American friends how many Canadian "States" (Provinces/Territories) or Prime Ministers they could name, because well, it wasn't about that, and I know that there isn't the same presence of Canadian tv/movies/media down there.

But what a funny thing, to know "so much" about a country that's not even yours.
Posted by Victoria at Monday, February 10, 2020

You've got me wondering now - how many presidents and states I can think of. I'll have a go at it later :)