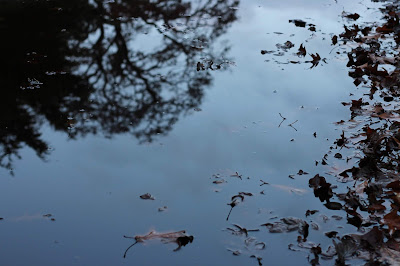 Well, I'm no meteorologist, but ever since we had our "big" snowfall last month it's kind of felt like that was the only Winter we were going to get.  Like, I think we've had maybe a couple of cold snaps (including a little one the last day or two) and that one snow and ever since then it's been pretty mild.  Wet, sure, but, dare I say it... it feels like we had snow and then Spring?

I know we have blossoms early here, it's part of our "thing".  And some years we have photos of snow on those blossoms but this year it just feels... done?

Plus, I look at the calendar and we're more than mid way through February.  Even with an extra day added.  And yes, I have occasionally seen snow in March, or even, I swear, in April, but those are more novelty snows than anything, like a blip in the atmosphere rather than actual Winter weather.

I'm not saying it's sunshine and lollipops or anything, just more that I feel like we may not be getting another big freeze, maybe just some more of the chill we've had this week.  And probably not any more snow, and it's nearly March, and, well, I was just sitting here thinking that soon enough I won't need the extra layers and gloves and hot water bottles.

It has been a weird winter on this side of the planet, to be honest. We've only had a few days of frost - the rest has just been rain, rain, and more rain (and some wind from time to time).

Of course, you post this and we get a string of frosty mornings and now rumours of rain over the weekend. :P

It's almost like you have some magical power over the weather.